First off, thank you Hendybadger for the opportunity to write for an awesome blog like Tales of a Tabletop Skirmisher. I’ve been a reader ever since the Paint the City Pink Auction/Competition was announced and was hooked!

I run a Youtube channel called Voices of Mars and one of my main series is called Wargamers on a Budget. To be honest, I rejected Malifaux before thinking that it was one of the most expensive games out there. But after much research and some demos, I was convinced that Malifaux is actually one of the cheapest war games out there ($25-$40 per box and you are ready to go). I figured Malifaux will fit in quite nicely within my budget and absolutely perfect for my Wargamers on a Budget series!

Before the introduction, let me remind you that this series is based on my personal experience and personal opinion on Malifaux. It was never intended to promote Malifaux nor was it intended to offend/degrade anyone or any company. So read on with an open mind J

Let’s get into Malifaux!

Quoted from the back of the Malifaux rulebook: "Based in an alternate Earth, Malifaux uses gothic, steampunk, victorian horror with a dose of the wild west to inject fun and depth into the magical lawlessness of a world rife with monsters, necropunks, man-machine hybrids, gunslingers, and power-hungry politicos. Actively using character-driven stories to define the world of Malifaux, seek your fortune in this fast paced and brutal 32mm tabletop miniature skirmish game. Assemble your crew and stake your claim!"

The keyword here is “Character-driven”. I have never gotten into any fluff of any war game before but Malifaux had changed me for the better. Each character has their back story written in such fashion where you will be attached to you chosen Crew or Faction. This is what I like about Skirmish games, you are not managing so many models on the playing field and you will learn/research more about your crew and their respective strategies.

Like most games, there’s an objective for each game. But there is one IMPORTANT detail about Malifaux: YOU SELECT YOUR CREW AFTER THE STRATEGY IS FLIPPED (strategy is the winning objective of the game). This creates a chance for you to create a more mobile crew for a “Treasure Hunt” or a beefier crew for “Slaughter” type of strategies. Once you have selected your crew, you select 2 schemes (announced or unannounced) to fulfill during the game to add to your Victory Point count at the end of the game. So the game itself isn’t always about killing everything off of the board. I’ve heard of games where the winner of the game had no models on the board.

In Malifaux, you activate your models alternatively one by one unless there’s a rule to overrule that. So you have to think about positioning a little harder than most games here. There are some characters that can activate her entire family all at once (within 6” of her radius) and that can create some focus firing winning combo in a certain strategy. 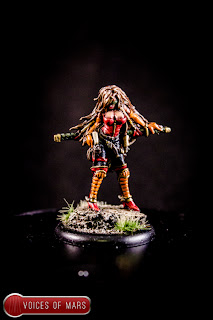 There are 6 Factions that you can choose from: Guild, Arcanists, Ressurectionists, Neverborn, Outcasts, and their newest faction The Ten Thunders. I will get into more details on these Factions on later posts. Unlike other games like 40k for example, each Crew from each Faction plays differently one from another. Remember that Malifaux is a character-driven game; your tactic will change with the addition/subtraction of a character from your Crew. Your play style will not be the same every single time even though you have chosen a certain Faction. An example of this would be playing an Ork army in 40k where you rely on model count, and whether you add/subtract a certain model in there, your tactic doesn’t really change much. While in Malifaux, a Perdita Crew played with Papa Loco and Abuela (Papa Bomb) will play differently compared to a Perdita Crew played with Nino and Santiago. Knowing what each character does (yours or your opponent) will help you greatly in winning games. 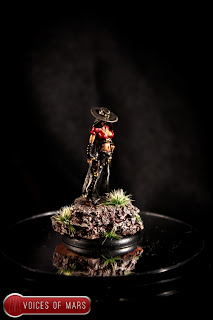 Also, unlike most games, Malifaux have 2 versions of the rulebook; one being the “Rules Manual” which contains just the rules with no fluff, and the other being a series of rulebooks with the fluff, stats, and other goodies. This is great because “Rules Manual” is all you need if you don’t care about the fluff. The “Rules Manual” itself is a much smaller book and cost about $10 while the other books are around $30 each.
I have to admit, the price point of Malifaux is one of the deciding factor in my newly addiction to the game. There are also other factors that contribute to my addiction to Malifaux like the models, figuring out the winning tactics, understanding your crew, the community (shout out to SoCal Malifaux!).

If I would have to rate Malifaux from 1 to 5 *s (1 being the lowest or hardest), here’s my grade on Malifaux:
Learning Curve (if you’ve played other war games before): ****
Learning Curve (if you are new to war games): **
Models/Aesthetics: **** (5 if there’s kit bashing options are more readily available)
Price Point to Start: ***** (compared to GW prices)

With that being said, I will be covering more on Malifaux in the near future including Faction breakdowns, tactics, model showcases, and more. Stay tuned for more, this is Mars signing off!
Posted by Unknown at 9:00 pm