Me again.
Been a while but Ive been quite busy. Work. life and PAINTING! Yes me. Ive been painting!

Demos and Events
Today was the demo day at Mad for Miniatures in St.Austell, Cornwall.
Andrew and myself arrived aorund 9.30 to set up. Had 1 large table and an official demo table to play with.
A display was set up on the demo table with a selection of minis to showcase the sort of things Privateer makes.
The main table was then split in 2 with scenery. Warmachine on one side and Hordes on the other.
Khador v Cryx and Circle v Legion
Steve and a couple of other local club members arrived to help out and we were ready to go.
There was alot of interest early on. With 7 or 8 people asking to watch a couple of games and then wanting to give it a try. This pace kept going and before I knew it almost 3 hours had passed.
Afew of the younger players had to head of at this time but thier places were taken from members of the Truro TAGS gaming club and the fun kept going.
Matt, a local to the store, enjoyed his games so much he headed stright for the PP shelves and picked up a Khador starter. And Luke, another local, grabbed himself a couple of Cryx Casters.
The demos were obviously having a great effect on PP interest.
We were then joined by another club goer and his kids which picked up Hordes in no time and went off to see what they liked the most.
After around 5 hours we called it a day. Both ourselves, the store owners and the gamers were all very happy with the day and very thankful for all the gaming.
All in all, It went amazingly well!
Very sure we will be doing it again soon.

The TAGS members were also interested in another demo night after thiers in Jan. Today and the TAGS demos drummed up some interest with the members and date in March will be set for another run so people can give it another go.

PAW 2011 is only a couple of weeks away now and the boards are almost ready. Models all set to go and the excitement is building. Not run anything at an event that big yet. Cant wait for it though.

The Legionary convention run by Rygas Roughnecks contacted me this week. Looks like Im refing a Steamroller there now. These events keep getting bigger!

Shattered Grounds : Windless Wastes is almost upon us aswell.
NCBB will be having the first season of the year with 8 players registered so far and the final event is already being planned. Even ordered a second Mariner to use as a Navigator for the season.
The story is great and I want to run Fiona and her pair if Navigators like mentioned.
A 'beach landing' board is planned aswell. Half water and half beach. Time for some Amphibious fun!
Just have to finish of the landing boat so it fits in with the models. Still a bright toy at the moment.

A couple of fellow PGs have developed a fun little tournament style aswell. Imaging  unlocking acheivments on XBox games and then imagine doing it by completing goals in games of Warmachine and Hordes.
Sound fun? It will be!
Planned for the near future at NCBB.

To finish of the events section, there is some news on a new convention.
Cornwall Games Day will be making its first appearance on Sat 15th Oct 2011.
I will post more news of this as it happens.

'The Project'
Ever since I read the story in Forces of Warmachine: Pirates of the Broken Coast I had a vision.
A 2 ship game board that included the Talion and the Atrementous with thier repective crews exchanging blows.
I have a Mercs Pirate force Im building already. Around 70pts. So theres a start.
Then I had a prezzie from my lovely wife. 17pts of Undead Cryx Pirates. Yay! Second force started.
The final board will inclund 2 4x2 boards both containing a pirate ship. One fast and dangerous steam paddle ship and one glowing, undead and flaming Dirgenmast. Hitting each other side by side with both crews being able to use them as a fully playable game board.
Hoping to have it ready for Cornwall GD in October 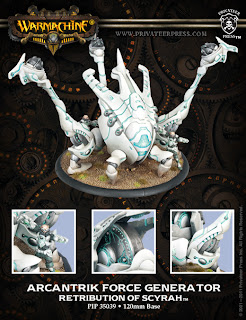 I love it. Its stunning. And it makes me want my Retribution army back. Looks like I know whats on my 'to get' lists next.

Thats all for now.
May the dice gods smile on your games. And turn all your 1s into 6s.

Hendy
Posted by Unknown at 8:09 pm No comments:

Its 2011 and Im back.
Apologies for the lack of posting recentlly but it has been a very busy holiday season. But thats all out of the way now.
"So,whats that title all about?"
In todays post Im going for abit of an overall look at whats happened in the last year, happening at the moment and whats planned for the near future.

Last year was a very interesting one.
Myself, my wife and a friend started the year off by creating a regular gaming club in a place that had never had one before. And then managed to join the GCN aswell.
We now have an average of 12-14 regulars every week and leagues, trips and more under our belts.

Then we found Privateer Press. Yay!
I started off with abit of Khador and some Retribution for Warmachine. I then found the Talion Charter Pirates. As you can see from my profile pic Im abit of a pirate freak as it is. So this were the obvious choice for me. And have been growing and great fun ever since.
Over the course of afew months we got a little PP community up and running. There are atleast 10 players at our club now. And a some others that are starting to look into the games.
We have also had visits to and from other clubs in the county that have PP players.
The South West PP community can be found on facebook.
Here - SWMH Group
And Here - SWMH Page

My latest army project has been Blindwater Congregation Minions. I was always a fan of the random, wierd and wonderful Minions. Then they put them all in a force together. That was my first Hordes faction chosen.

At the end of November I became a Press Ganger. I found a game I loved and now I can help both the game and the others players.
A couple of weeks later I ran my first Warmachine Demo night at TAGS gaming club. Went really well and there are now some people there that want to learn more, get more and play more.

To end the year I convinced the local hobby store 'Mad for Miniatures' to pick up and sell Privateer Press products. Its already going very well and there are even new players starting due to MfM having the models on the shelves.

As for the now, I got some new toys over the holidays.
Start of a Khador force
Start of a Legion of Everblight force
Grind box set
Monsterpocalypse 2player box set
Talion Charter Warjacks
Lots of new toys and lots of fun to be had. I will post pics and such as I work on them.
Its not all here yet. Damn UK post. Should have the last bits tomorrow though.

And tonight. The table beside the sofa. 3 Jacks, 2 Beasts and a Caster on it.
BANG! Top snapped off. All models and paints all over the floor. Thats not fun!
Where did this bit go?
Oh well, the wonders of clippers and super glue fix all.

On a personnal, non gaming, note. Lost my Gecko 'Bosun' yesterday. Wasnt well and had to be put down.
Then out of the blue was a call. Some friends are moving into a smaller flat and dont have room for thier pet 'George'. Wanted to know if we knew anyone that could rehome him. We could!
Picking up George the Bearded Dragon and full set up tomorrow.

Theres alot of great plans for this year. From myself and from Privateer Press.

Warmachinre: Wrath will be arriving in June. The first expansion to the amazing Mk2.
Quite afew new models have been previewed on the PP site already. But theres alot more to come.
The 2 big changes at the moment are Faction Mercs Unit Attatchments.
A Khador , for example. charachter that can be added to a Mercenary unit and give them certain advantages. There are 3 so far. Khador, Menoth and Cygnar. All can be seen on the PP site.

The BIGGEST change is in the Battle Engines.
All 5 main WM Factions will be getting one each. 120mm bases each!
The first Model Shown is the Khador Gun Carriage. 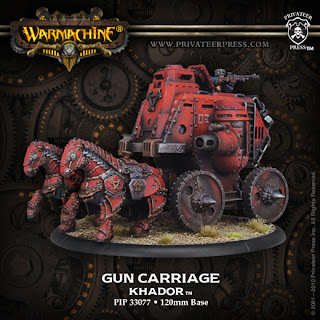 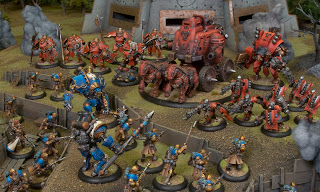 With the start of a Khador army now I am definatly going to be getting one of these.
The others are being shown day by day on Privateer Insider on the main site.
But only the artwork for now.
Cryx Wraith Engine 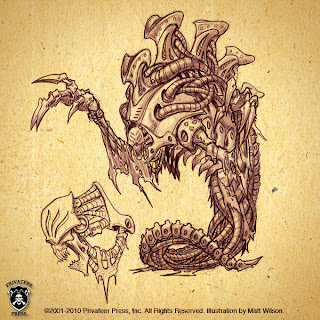 Love it. Like some twisted Giger inspired creature. And this will be on the same size base as the others. 120mm. Its going to be huge!
Already planning a Cryx force so I can get one. A Pirate Cryx force ofcourse. 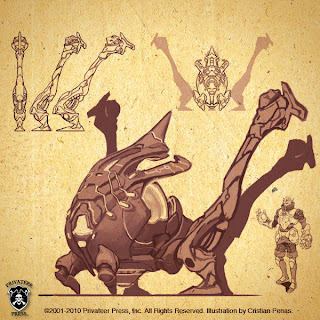 This could easily draw me back to the retribution. Rahn force I think. I do love the magic slinging angry elves.
There are still the Cygnar and Menoth Battle Engines to be shown.
No rules are known for any of the Wrath models yet. But I dont care. The models and art look amazing.

The Press Gang plans for this year are looking good aswell.
I will be runnign a Demo day at Mad for Miniatures on Jan 22nd. Hope it goes well and I will report all back here.
I will also be running demos at 3 big gaming conventions.
PAW 2011 in Feb
South West Model Expo in April and
Legionnary in May.
All will be reported on here. With pictures and everything!

A Breast Cancer Brawl Steamroller charity tournament is in the owrks aswell.
It will be at the Poldark Inn, Delabole, Cornwall.
March 26th.
16 places available and the sign ups will be open by the end of this month.
Lots of great prizes, a Think Pink model auction and hopefully ALOT of money raised for Breast Cancer Awareness.

To finish off, Im currently contacting alot of other clubs and stores in the South West. Trying as hard as possible to grow the game everywhere I can.

Thats all for now I think. Unless anyone has ideas for converting Pirate Jacks that is.

Thats all for now I think.


P.S. Anyone got any good ideas for converting Pirate Jacks?
Posted by Unknown at 8:50 pm 2 comments: