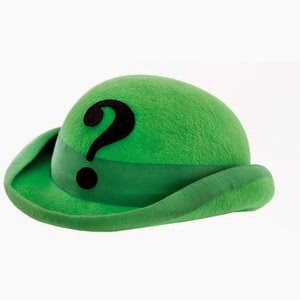 Hi all,
As I have said here recently, apologies for it being so quiet over the last few weeks.
While I have five minutes, I thought I would take the chance to explain why.

I run this blog in my spare time. Well, the small amount I have anyway. In that 'real life' thing, I help run the family business and have a wife and two small children at home. Boys of 3 and 1 at the moment. They come first above all else so that blog and models are only touched after they are in bed.
Our youngest has had lots of issues since he was born. Nothing major, but it does involve all sorts of appointments and such. So over the last year my general gaming has been narrowed down from everything I like the look of to the things I find extra cool. Comic Superheroes!

Knight Models have been my main focus and they have been great by sorting out some nice toys and some fantastic previews and exclusives. Big thanks to Harry, Victor and the Boss especially!

Since my Knight Model hobby began, I have taken up a larger role in the Arkham City Limits Facebook group on the Admin team. It's not a lot of work but it takes up a little time every now and then. The rest of the team are fantastic by the way!

After a while of writing about Batman on here, Wayland Games asked me to write about Batman for their blog as well. Awesome! It did mean splitting my time between the two though but it ended up in more content over all getting out to a LOT more people.

Over the last few weeks, a family member has been rather ill so that has meant quite a bit more work in the family business for myself and less spare hobby time. I don't mind as sometimes you just do what needs to be done.

Then, seemingly out of nowhere, an official writing job appeared! I couldn't turn it down. It does also take a chunk of my weekly hobby time though but it is hobby based so it's good fun.

All in all, free time is in very short supply at the moment. It's been at least a couple of weeks since I manged to build or paint a model.

That takes us up to today. My family member is recovering, the writing project is 50% complete and the new Knight Models releases have just arrived.
If all keeps going well, I should be back on the blogs full time within the next week.

Thanks to all of you for sticking with ToaTS and I'll See you soon with all sorts of reviews and new goodies. 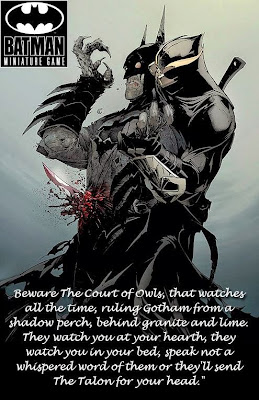 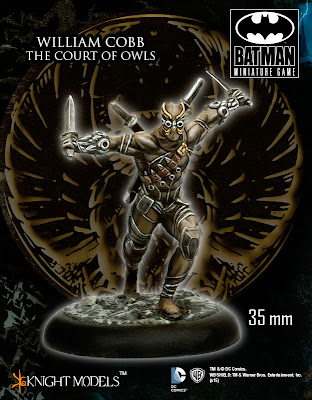 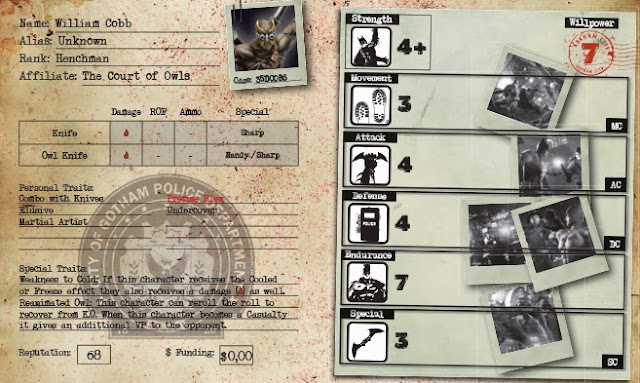 Board #2 - The Industrial District 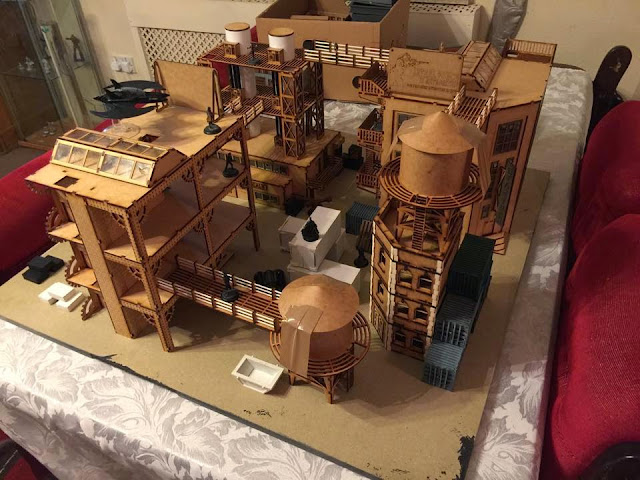 You may have noticed recently that this blog and my posts on Wayland have been a bit quiet.
This is due to that 'real life' thing happening and not having much free hobby time over the past few weeks. Everything should be back on track by next week hopefully though.

But, last week I received my goodies from the Impudent Mortal Kickstarter and a lovely building from Multiverse Gaming. (reviews coming son)
When I had a little spare time, I sat down with a knife, some PVA and a HUGE box of laser cut MDF and ended up with this!
Board number 2, the Industrial District.

It's going to take a while to get this all painted but what do you think of it all so far?
(sorry for the dodgy pics. They were all taken on a mobile)

The Owls Are Coming! 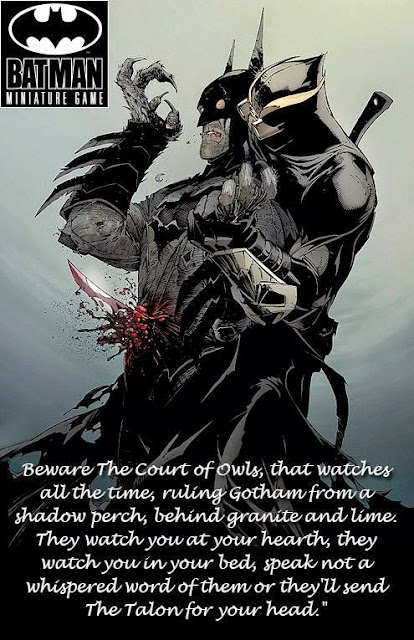 Posted by Unknown at 4:13 pm No comments:

In it's ever growing role of the best Batman Game resource online, Bat-Builder has now started to add article links to individual model listings.
See Swamp Thing below. 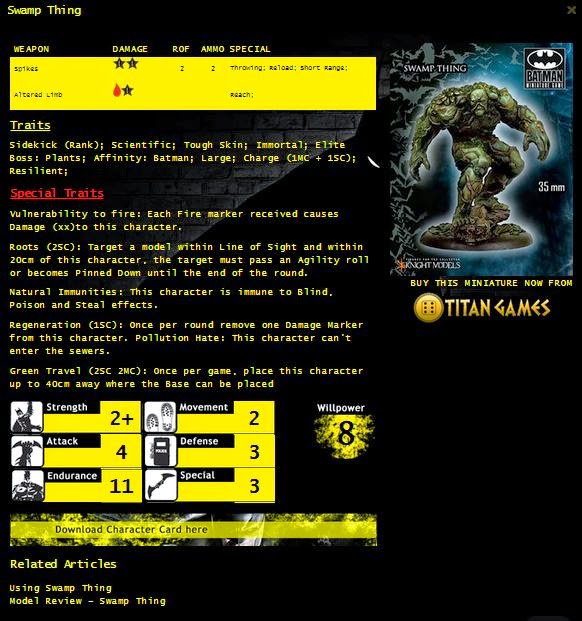 At the bottom of the page for each model are links leading to articles on several blogs and sites (including this one). There are only a few at the moment but they want more!

Somehow, I have been nominated to gather and read them all.
So if you have a blog article, review, unboxing video or anything you think should be added, please email it to myself HERE.

Looking forward to seeing what gets sent it.

Batman and Marvel May Releases from Knight Models

Earlier this week, Knight Models put up their new releases for May.
For Batman game are a set of Bane Thugs including one on Venom, Lady Shiva and some female non-elite Ninjas for the League, the Joker's Daughter and some Black Mask action counters.
The Marvel range gained the fantastic Doc Ock and a multi-pack of Doc Ock, Spiderman, Green Goblin and Venom.

You can check out the rules cards HERE and the pictures of all the models below.

Which do you like the look of this month?

P.S. Sorry for the lack of substantial posts recently. Real life has been a bit hectic. Should be back on it properly soon. 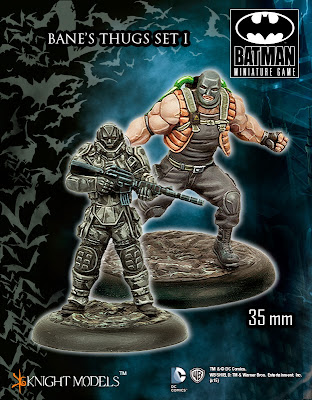 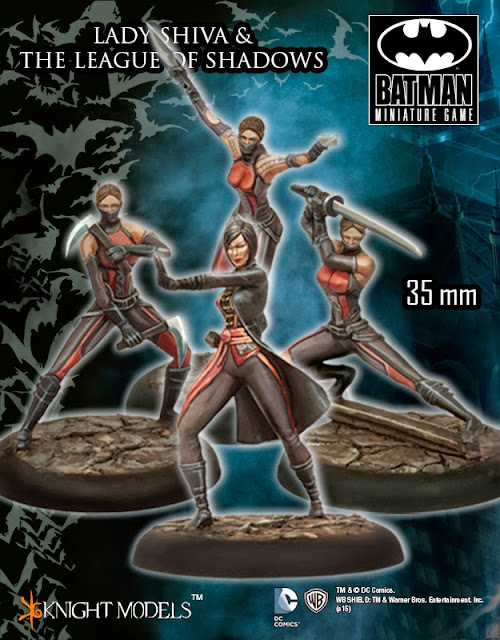 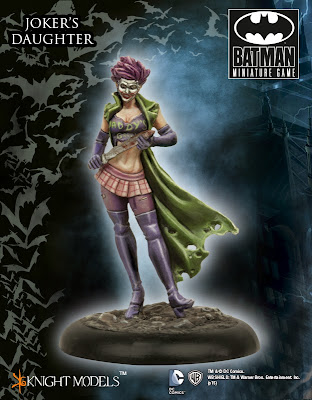 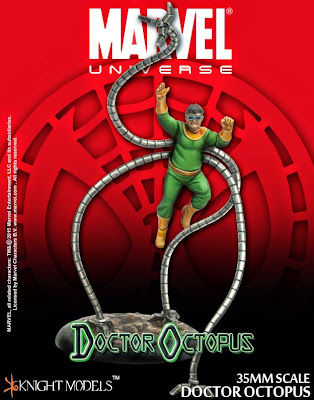 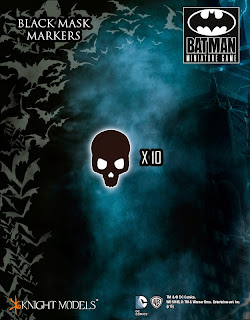 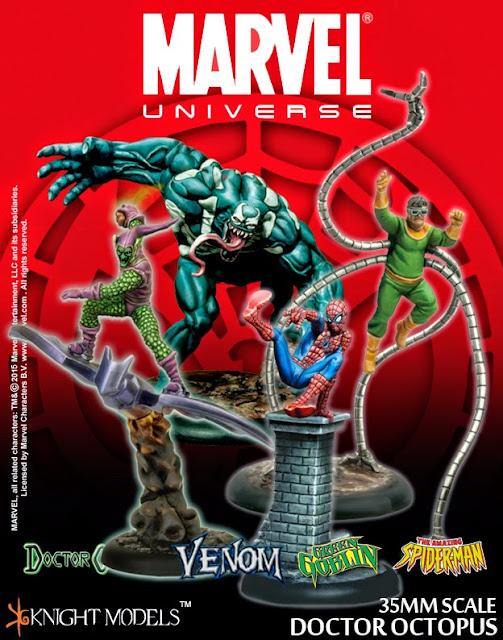 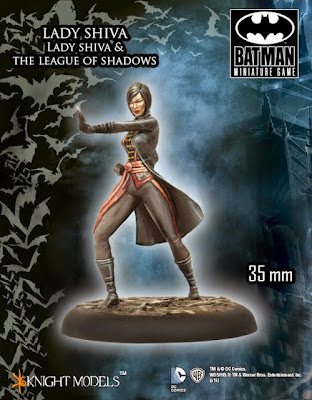 The guys over at the CritsKillPeople Blog have a nice exclusive preview for the Batman Minis Game from Knight Models.

Her ninja followers were hiding around the internet. They were found on Imgur, the Batman Mini Game Forum and the Arkham City Limits FB group.

You can see them all here below.

What do you think of these?
Will you be picking them up to join your League? 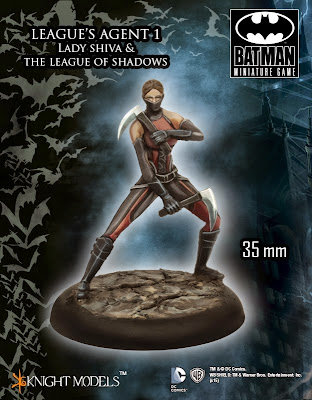 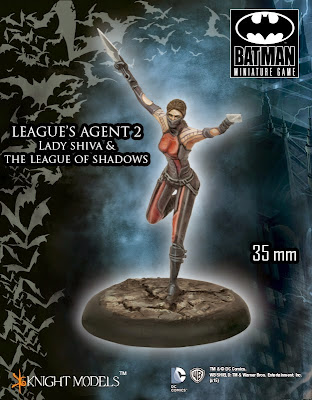 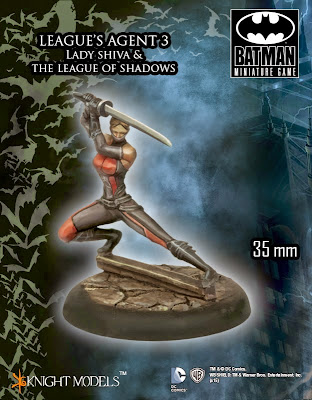 While browsing the Arkham City Limits Facebook group, I spotted some nice repaints and conversions for henchmen.
Having a look through the Knight Models range, I started to plan some of my own. 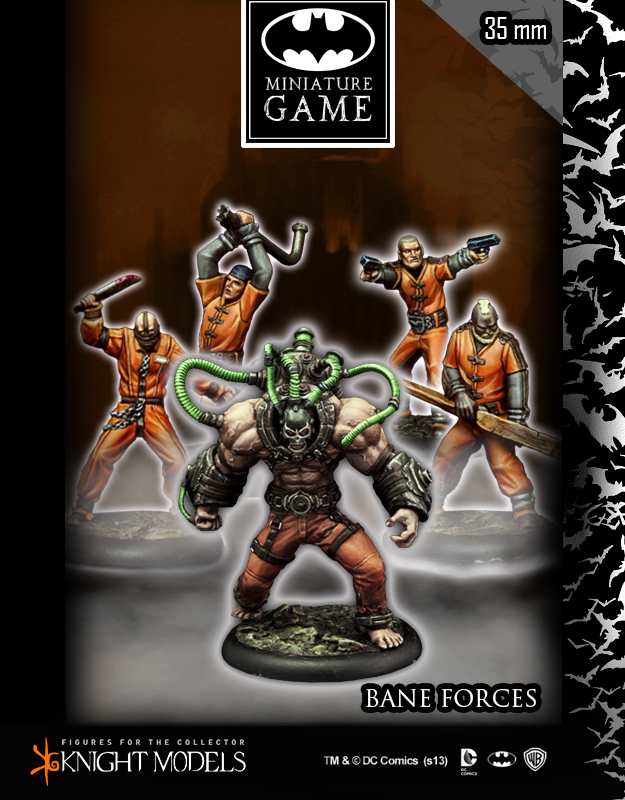 There are 3 Banes in the range so far, but my Bane of choice is the Arkham Asylum / City Titan Bane. For his henchmen I'm using the Blackgate Prisoners. They match his costume and are also cheap in Rep to counter Banes 150 Rep price tag.
The Bane crew also has access to several skilled mercenaries but they don't really match the look I'm going for. 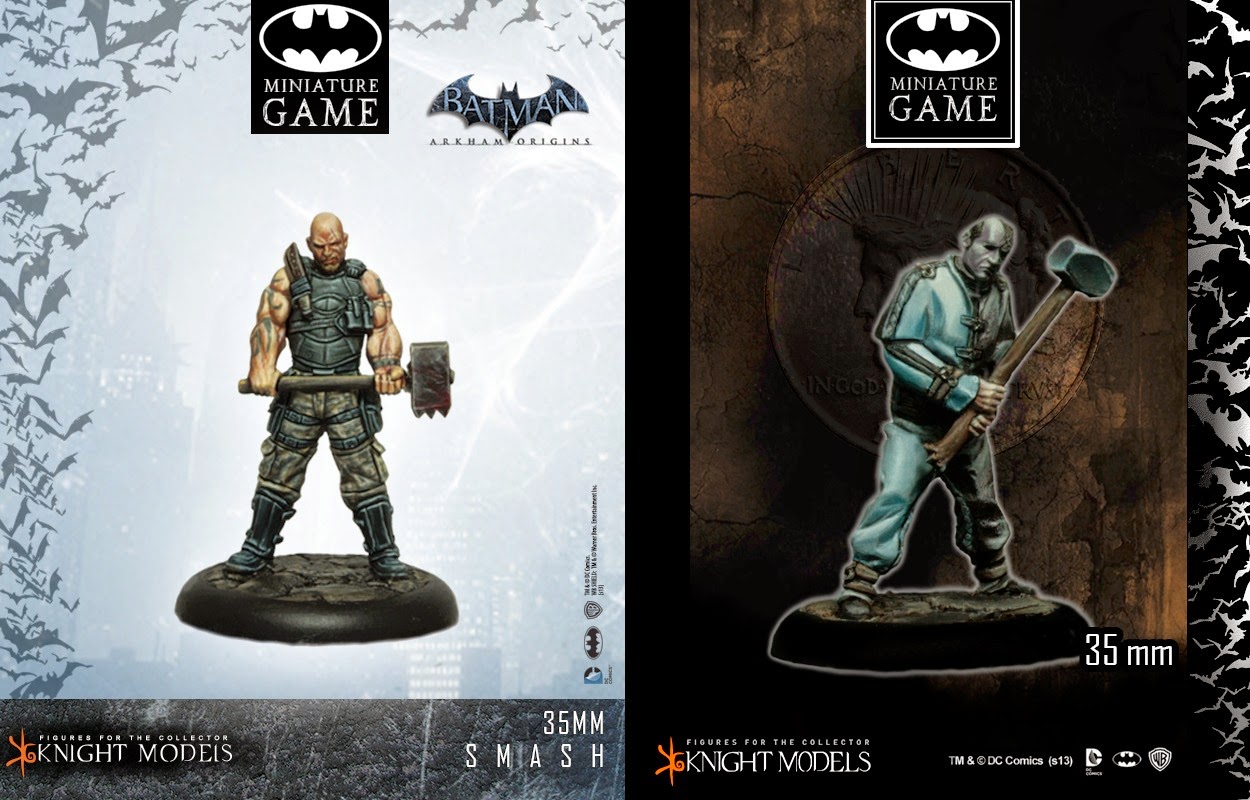 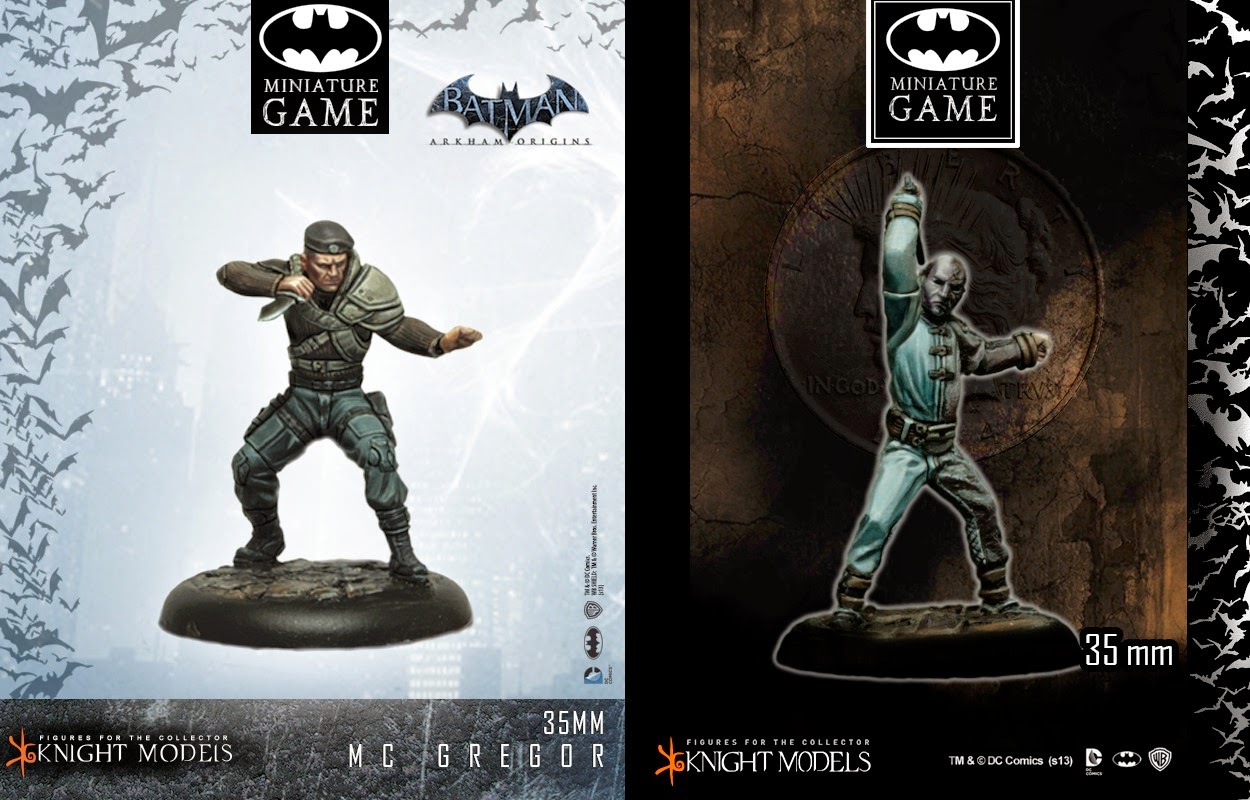 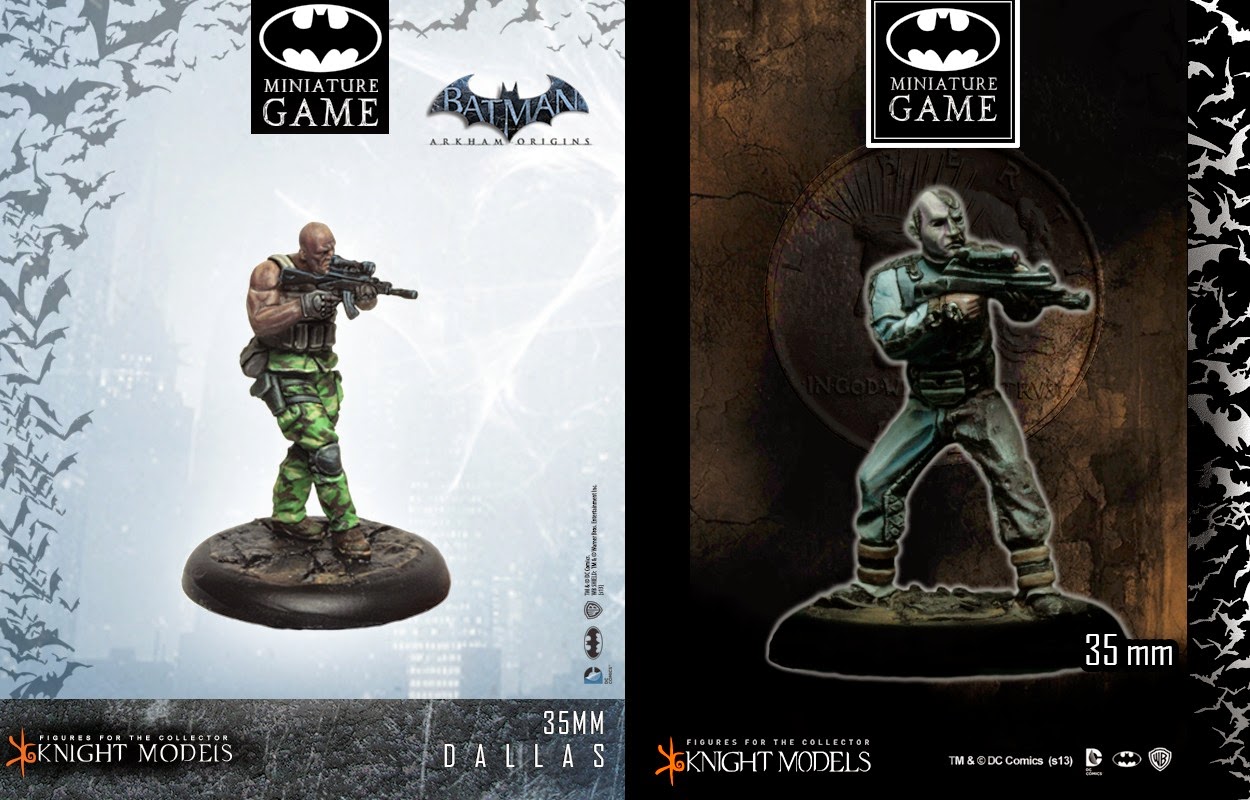 Luckily, the Bane Starter and Two Face starter Henchmen are armed with the same weapons. The Two Face Henchmen also have VERY similar outfits to the Blackgate Prisoners.
The plan for this is nothing more than some simple head swaps adding the Merc heads to the Two Face bodies and painting them orange instead of the split colours. 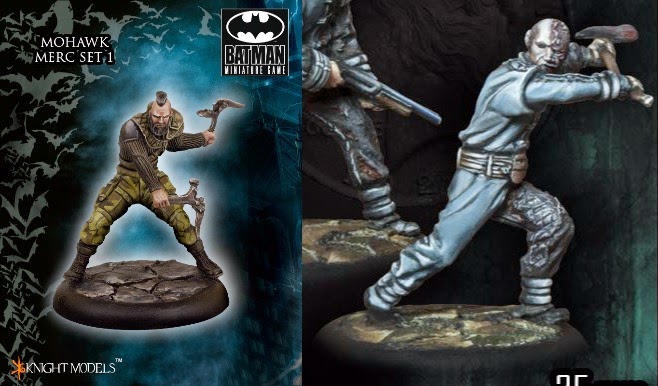 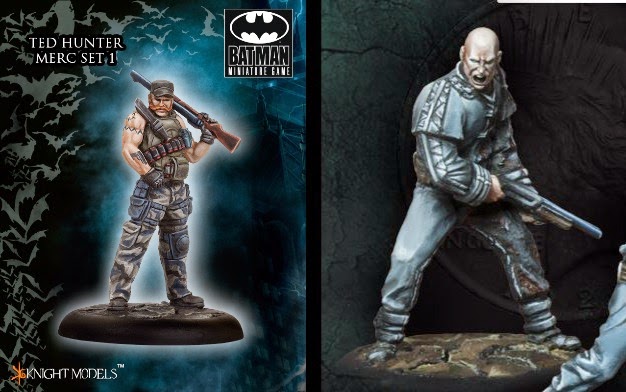 Looking into it a little further, the first expansion blisters for each crew are quite similar as well. The axe on the Two Face henchman will need to be split into two weapons but then it will just be head swaps again.
The idea behind these will be skilled Blackgate inmates that have managed to break into the weapons stores.

With the Bane idea, I'm going to be left with a few Two Face henchmen masks.
These would go perfectly on a set of Blackgate Prisoners. After the headswap, the orange jump suits will be painted in split colours and then I have 4 more cheap Two Face henchmen! 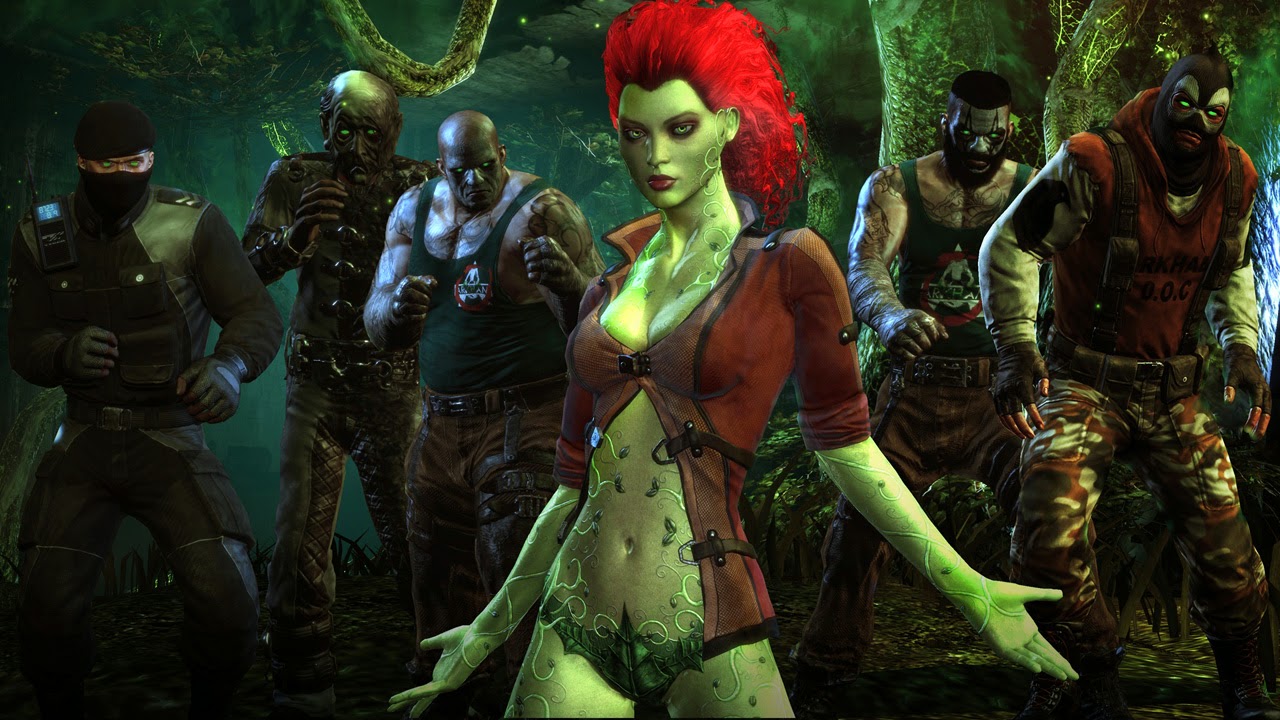 Then I came across this picture. Arkham Ivy with her hypnotised henchmen.
At the moment, Ivy only has access to Plants, Blackgates and Loonies so I cant really use the rules for Henchmen straight out of Two Face, Joker and Penguin crews.
As the Plants can't hold Objectives, some bodies would be really handy.
The idea here is to match the Blackgate cards to Two Face, Joker and Penguin Henchmen that are armed with the same weapons. Then either use them straight out of my other crews or get extra models to go with the green eyed look.

I'm sure I will have more conversions in the future, but that's it for now.

Which ones do you like the sound of the most?
Do you have any similar plans?

With the release of the Batman rulebook from Knight Models, the popularity of the game has shot up!
Along with this, the official Facebook group Arkham City Limits has shot up in size as well.
With all these new players, painters and general Batman lovers, I thought it would be good to do another update on the ACL with the sort of thing that has been posted there recently.

In my option, its one of the best gaming communities I have ever been part of.
Check out all of these awesome projects.......


Head over to Arkham City Limits to see even more great work.