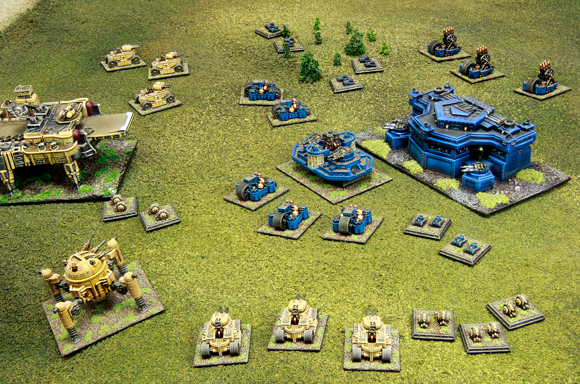 Spartan Games have just announced a new set of game rules for you use to entire regiments of Dystopian Wars land units called Armoured Clash. The best part is, it will be a FREE download!
Also, several new models will be coming along with it.
You can find the info HERE and I have also reposted it below.

Looks like I am going to be getting the French land forces after all. Hope I will be able to use my entire Skimmer force as well.

Available to download for FREE on February 11th 2013, Armoured Clash sets the scene for strategic command and control as players have power over ground assets at a Regimental level, forming them to create Armoured Brigade level forces and beyond.
These Regiments are split into various types, such as Tank, Heavy Armoured, Artillery, Support and Divisional Asset, and can be quickly and easily assembled by players using existing armoured models. Additionally, Spartan Games is excited to announce that over 20 new land models have been developed across the great nations of the world, introducing new types and classes of vehicle, adding even more diversity and choice to the world of Dystopian Wars.

New models will include the Kingdom of Britannia Steward Class Guardian Tank, Prussian Empire A2-L ‘Ritter‘ Class Boarding Tank, Russian Coalition Orlov Class Heavy Tank and much, much more.
Behind The Rules
Here at Spartan Games we very much enjoy playing big tank battles, using tables full of deadly armour with which to annihilate each other’s armies! When we set out to write Armoured Clash we started with a very clear concept: to create a set of rules that incorporated all the fun and flavour of Dystopian Wars, but that would allow for a BIG armoured game to be played to its bloody conclusion in 1or 2 hours.

Armoured Clash offers players the chance to play out these epic battles, commanding full Brigades of Armour, and rather than activating in Squadrons, players get to activate Regiments at a time, rolling up entire flanks and making great sweeping charges across the battlefield.
Get Ready For Battle!

As February 11th approaches we will roll our Orders of Battle that will allow you to prepare your land force models for the coming ground conflict, and our writers will whet your appetites with plenty of short story fiction to get you ready for the action.
For now take a look at the following document to give you an idea of what a sample Kingdom of Britannia Armoured Brigade could look like under your control:
SAMPLE of a Kingdom of Britannia Armoured Brigade [PDF, 3MB] 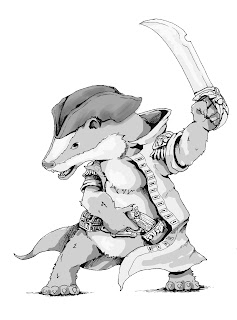