Is the Marvel Universe Game Dead? 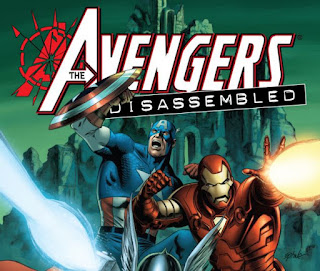 Is the Marvel game from Knight Models dead?
The question on many players lips at the moment. Especially those in the MUMG Facebook Group.

So, why do people think the game is done?

- The last official Marvel mini release was the Dark Avengers back in August.
- There were the Spider-man free download cards at the end of the year, but they have only been posted on here and still not on KMs site.
- KM have posted promo material for the Justice League movie, Lego Batman movie, Harry Potter and more. But nothing in several months about Marvel or any movies / series including the hit Dr.Strange.
- People started to ask on KMs Facebook page about Marvel and many of those comments were deleted. The other didn't get a reply.
- Fans then started to email KM directly. But responses have been very vague about Marvel and instead stated the game will continue with DC releases.

I worked on this game daily from at least 6 months before release up until 2 months ago. I can't even get a reply from KM.

Yes, the SuperHero Universe game is continuing with DC releases, but where does that leave those of us that are Marvel fans?
Those that have wanted a Marvel minis game for years, jumped right in when it stared and are now left in the dark?

You could argue "play DC instead". But if Star Wars X-Wing suddenly stopped and you told people to "play Star Trek instead" there would be absolute geek RIOTS!!!!!!!!

Gamers and comic /movie fans are some of the most passionate there are about their hobbies. Put them together in a licensed minis game and you get some of THE most dedicated fans you could ever find.
When they hear news and see releases monthly and then get radio silence for six months, they are going to worry.

What are your thoughts on this situation?
Have you heard anything on the topic?

I'll update when more is heard.

Update 1 - KM have emailed a customer saying they will not be re-releasing the Loki and Venom models as the molds are too old.
Very odd after the official cards for those models, with models pictured, are on the KM website at the moment (on this blog a few posts back HERE)

Update 2 - Reports from a store that KM called them and told them Marvel is getting axed in favour of DC and Harry Potter. To be announced officialy next week and the Marvel side will get no more releases.

Update 3 8/2 - A very large and very reliable retailer has contacted me stating the same. KM no longer have the Marvel license.
I think all we are waiting for now is the official announcement from KM.
Posted by Unknown at 5:54 pm