After a well deserved break in January, Knight Models have started the year with a set of fantastic releases for February. 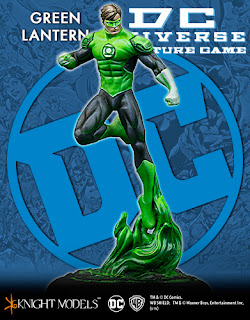 Green Lantern and Sinestro are two highly anticipated models. We are getting closer to being able to run the original Justice League with the addition of Green Lantern. All we need now is a Martian Manhunter model. 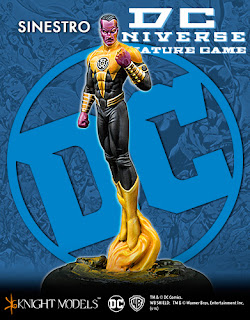 Both characters look to be very powerful and are the first options for either a Green Lantern Corps or Sinestro Corps team. 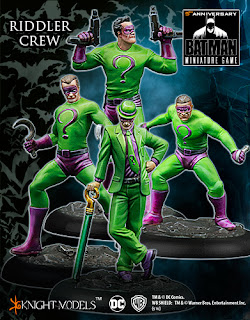 Another highly anticipated release, the classic Riddler Crew is a nice alternative to the The Riddler and Bot Army, if you prefer a more classic look for your Riddler crew. 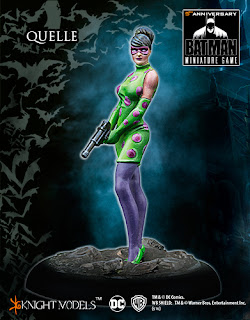 The first sidekick for the Riddler crew, Quelle is a perfect companion to the classic look of the new Riddler Crew. 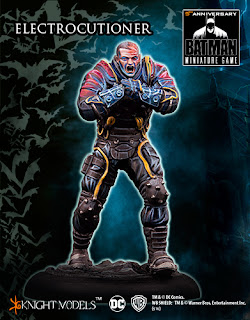 Another less known Batman villain and a one time member of the Suicide Squad, let's hope the Electrocutioner is more of a challenge to Batman than their encounter in Arkham Origins. 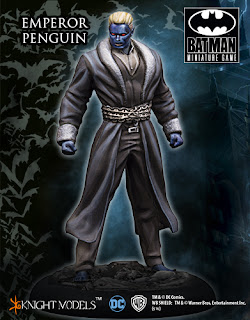 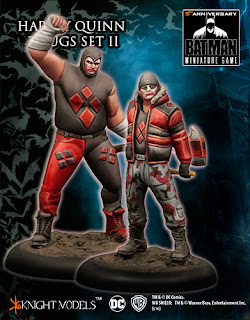 A cheaper way of expanding your Harley Quinn Crew.