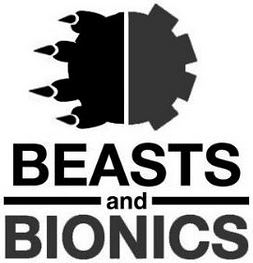 The Wrath Release Event is coming to North Cornwall Beasts and Bioincs. (Link to the right>>>)
Take part for your chance to win one of the AMAZING Wrath Faction Coins. 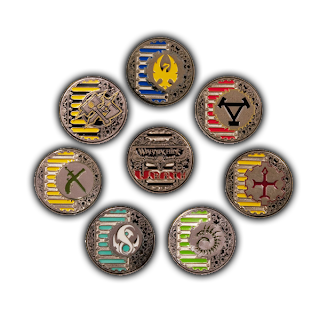 The event will be on Thursday the 11th and 18th of August at the Poldark Inn, Delabole, North Cornwall. And will run over both nightd from 6.30pm to 10.30pm. 8 hours to prove your Factions worth!
The full rules can be downloaded >>HERE<< from the Privateer Press Main Page or can be seen below. (You will need the templates in the download though)

NCBB will be following MOST of the event rules but with 2 small changes.
1- All games will be played at 35 points. Not 50
2- The 2 Character Jack or 2 Battle Engine Deed will be removed.

To play in the event please go to the NCBB Facebook page (Link to the right>>>) , or reply here, or contact myself at hendybadger@aol.com

How about another look at those coins?
You know you want one! And this is the only way to get it! 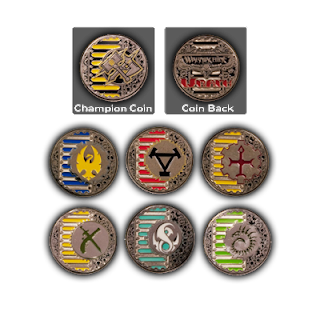 
This format is a WARMACHINE-only event that features the Cygnar, Khador, Protectorate of Menoth,
Cryx, Retribution of Scyrah, and Mercenary armies. This event coincides with the release of
WARMACHINE: Wrath and allows players to perform Glorious Deeds over the course of the day in a
casual, free-play environment.
[Note – Event Organizers may permit HORDES armies in the WARMACHINE: Wrath launch event at their
discretion, but players should note that the awards for this event are WARMACHINE-oriented. Be sure to
check with your Event Organizer if you are considering playing HORDES in this WARMACHINE event.]
Player Responsibilities
Players participating in the WARMACHINE: Wrath launch event must bring their own models, stat cards,
dice, measuring devices, tokens, and templates they require for play. The Event Organizer (EO) must
approve any printed media used to track damage.
Players should check with the EO before the event begins on any rules questions they think may arise
based on their armies.
Sportsmanship and Rules Disputes
The objective of organized play is for everyone to have a good time. Players should remain courteous
and patient with their opponents and the EO. Players must accept all rulings made by the EO whether or
not they agree. The EO always has the final word on rules questions or debates.
We assume all players are good sports who understand fair play. If a dispute arises, call an EO for
assistance. Players will remain mature, polite, and fair to their opponents. Failure to do so will result in
immediate disqualification.
An EO may eject a player for any incident deemed unsporting. This includes but is not limited to
offensive or abusive conduct, bullying, cheating, constant rule arguments, stalling game play, and other
immature actions. If stalling is suspected, the EO should be called to monitor play.
Painting, Modeling, Proxies, & Conversions
Privateer Press encourages players to have a fully painted force on the table. Games with fully painted
armies are more interesting to watch and generally enhance the play experience for all. Although not
required, players should take this chance to show off all aspects of the hobby.
Proxies (substitute models) are not allowed under any circumstances, nor can a player enter an event
with a model that has not been released to the general public.
All models must be WARMACHINE or HORDES models appropriate to the event venue. Conversions
(modifications to Privateer Press models) are acceptable as long as they are clearly based on
WARMACHINE or HORDES models. Conversions must clearly represent the model from which they are
most obviously drawn. For example, a heavily converted Kaya model is not a substitute for Lylyth.
Weapon changes are acceptable provided they represent the same type of weapon replaced. For
example, trading a sword for a sword is legal. However, mixing and matching weapons is not allowed.
An EO can make exceptions and approve any reasonable conversion. To avoid confusion and
conflict, players must have an unaltered version of the model available in case an EO asks to remove a
questionable model from play. The EO makes the final call on any particular model.
Event Rules
This event uses a free-play format that awards players Glorious Deed points for accomplishments in
games, army construction, and modeling. All games must be played with 35-point armies. Score
sheets are provided to track points gained by fulfilling certain requirements. All games should be
played using the event scenario. There is no limit to how many games a player may play during the
course of the event.
Glorious Deeds
Glorious Deed boxes are checked off at the end of each game by the EO. One game may fulfill the
requirements for multiple deeds.
Unlimited
A player may be awarded each unlimited Glorious Deed multiple times during the event.
• Play a game: Each game finished awards 1 point.
• Play a game against a new opponent: The first game finished against each other event participant
awards 1 point.
• Play a game against a new faction: The first game finished against each faction, including the
player’s own faction, awards 1 point.
• Win a game: 1 point
Limited
A player may be awarded each limited Glorious Deed only once during the event.
• Play with a fully painted army: 1 point
• Bring a fully modeled HQ trench: A player who builds a piece of terrain to match the HQ trench
requirements from the scenario is awarded 2 points.
• Win with a ’caster kill: 1 point
• Win with scenario victory: 1 point
• Play with five different warcasters: A player who plays five games, fielding a different warcaster each
time, is awarded 2 points.
• Play with only a battle group: A player who fields an army in which all the models comprise one
battlegroup is awarded 2 points.
• Play with a tier 4 theme list: 1 point
• Play with a Wrath warcaster: 1 point
• End a game with no friendly models on your half of the table: 1 point
• End a game with no enemy models on your half of the table: 1 point
Scenario

So there it is. A VERY different but very fun event.
Want that coin?