Knight Models have announced their February releases from the Batman Miniature Game.
They look great!

It may not be as many releases as previous months, but the pre-order from the rulebook has now finished so they are working on getting that out of the door as well. 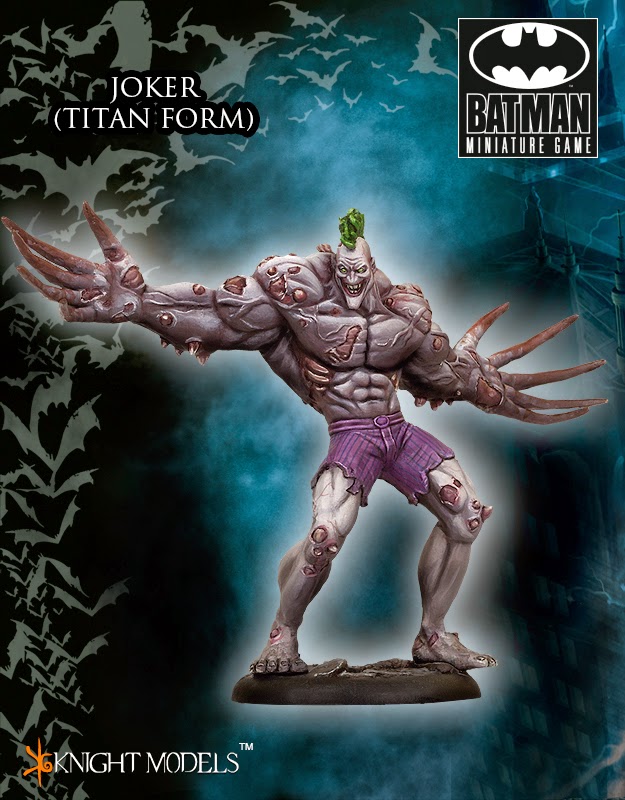 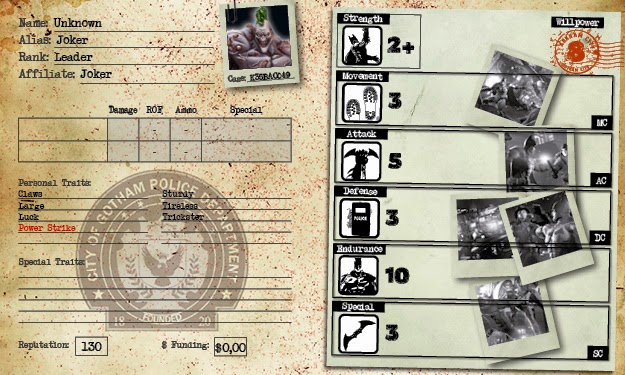 First up is the HUGE Titan Joker. To get a good idea of his size, he's shown here on a 40mm base.
Taken from the Arkham computer games, this new 130 Rep Leader for the Joker crew will give them a very different way of playing.
Willpower 8, Strength 2+, Attack 5 and Endurance 10 means this Joker will be a beast on the table.
While he loses Kaos Agent, his other Traits make up for it. 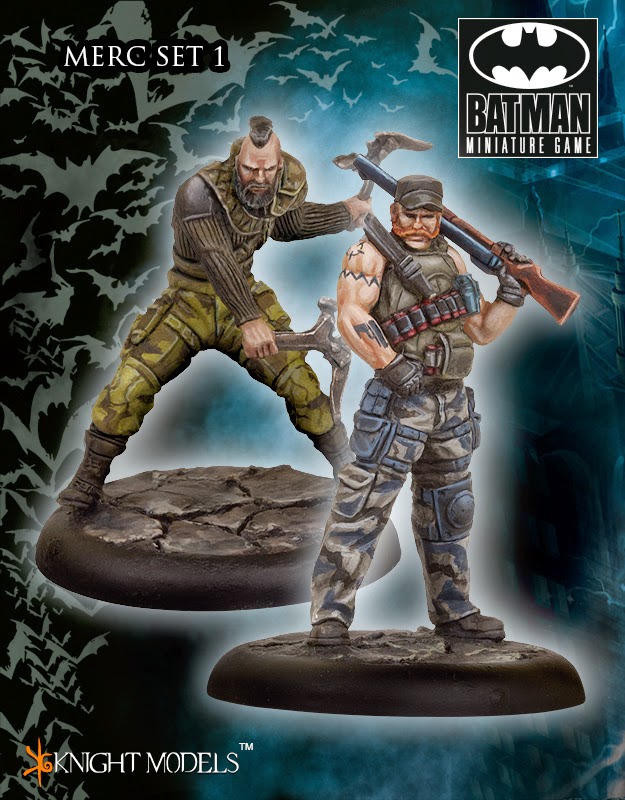 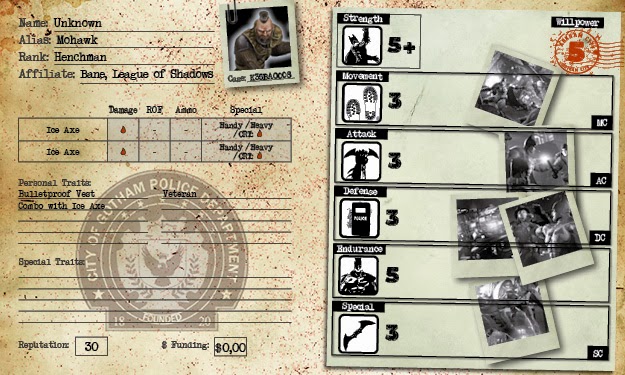 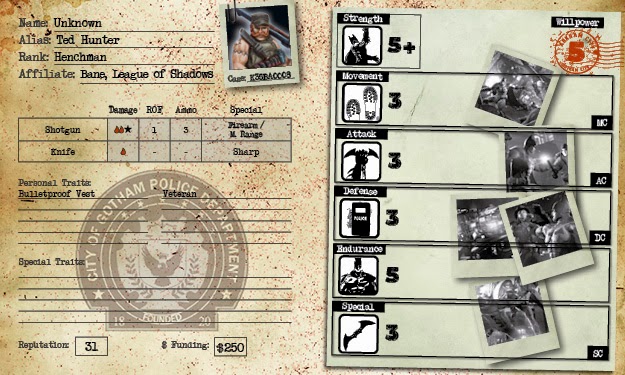 Next up is something people have been wanting for ages. Bane Henchmen! These Mercs aren't exclusive to Bane though, they also work with the League of Shadows.
Mohawk and Ted Hunter total 61 Rep and $250. Adding Ice Axes and a Shotgun to Banes arsenal means a lot more Blood damage being spread around.
Both have Veteran and Bulletproof Vests but Mohawk goes one better with Combo on his Ice Axes. 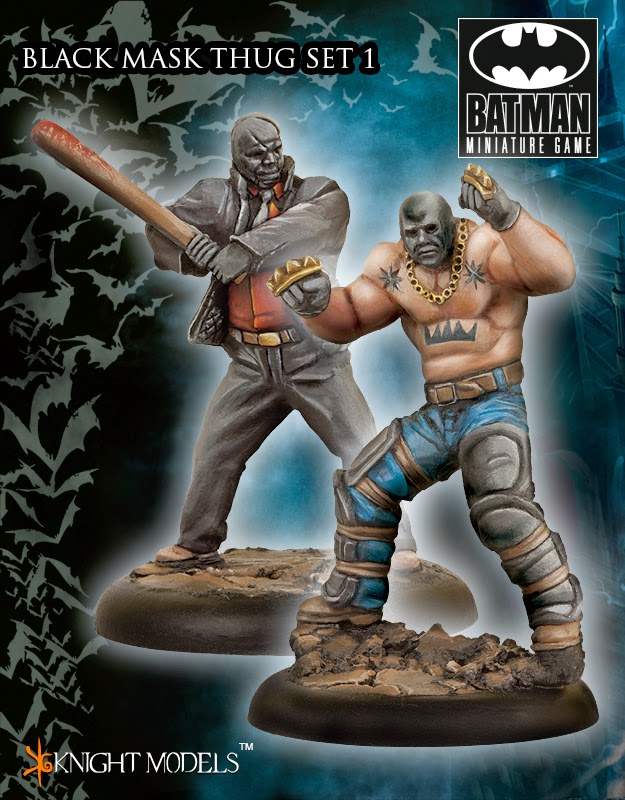 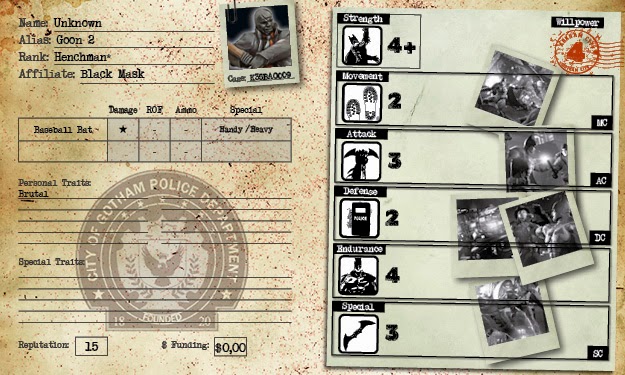 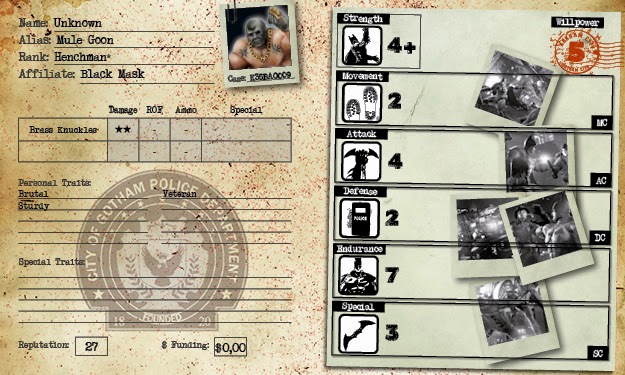 Another small Crew that people have wanted reinforcements for also gets some this month in the shape of Black Mask Thugs.
The Goon and Mule Goon total 42 Rep and both come with Stun damage close combat weapons and the Brutal Trait. The Mule also has Sturdy and Veteran.
The best thing about these though is the fact they are the first pack in the game to consist of only repeatable * Henchmen. This means you can take as many copies of these two as you like to really boost Black Mask's ranks. 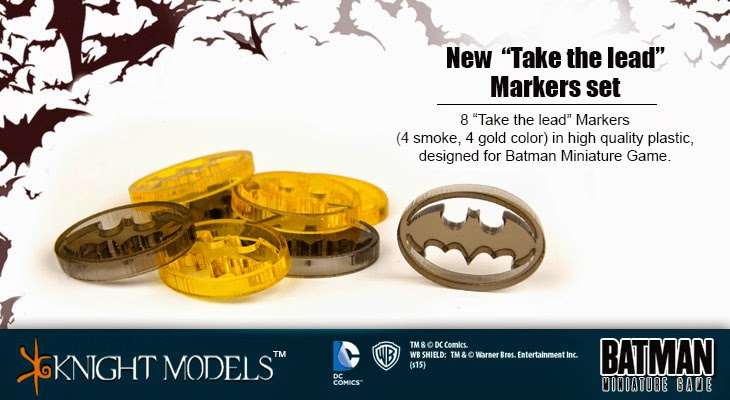 The final release for Feb is a set of Take The Lead markers. These are used to see who gets the first activation each turn.
Yes, you could use dice or similar. But they won't look as cool as these!

I have posted individual shots of the Henchmen below so you can get a better look at them. 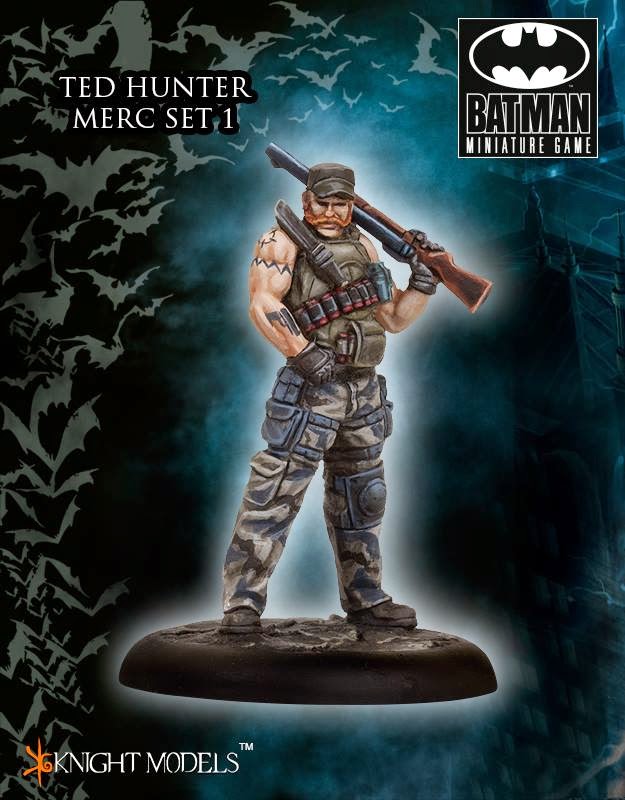 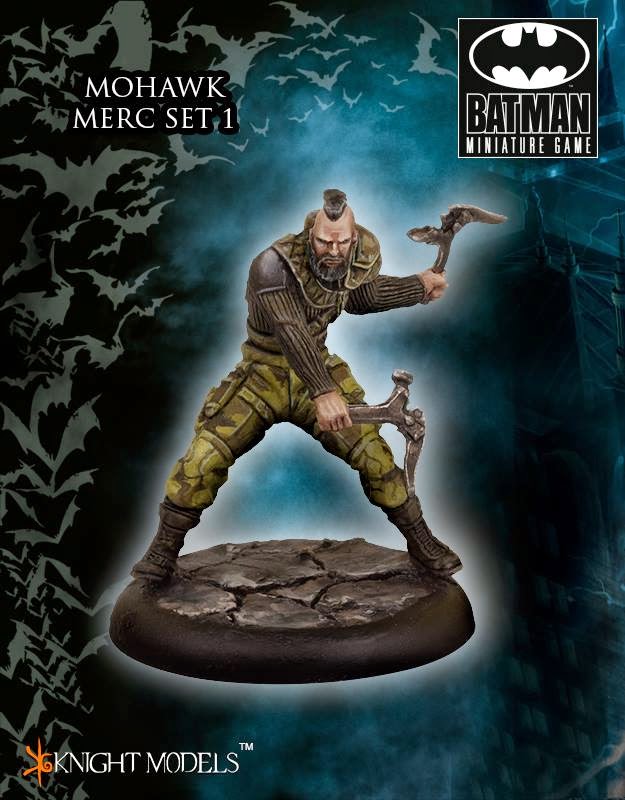 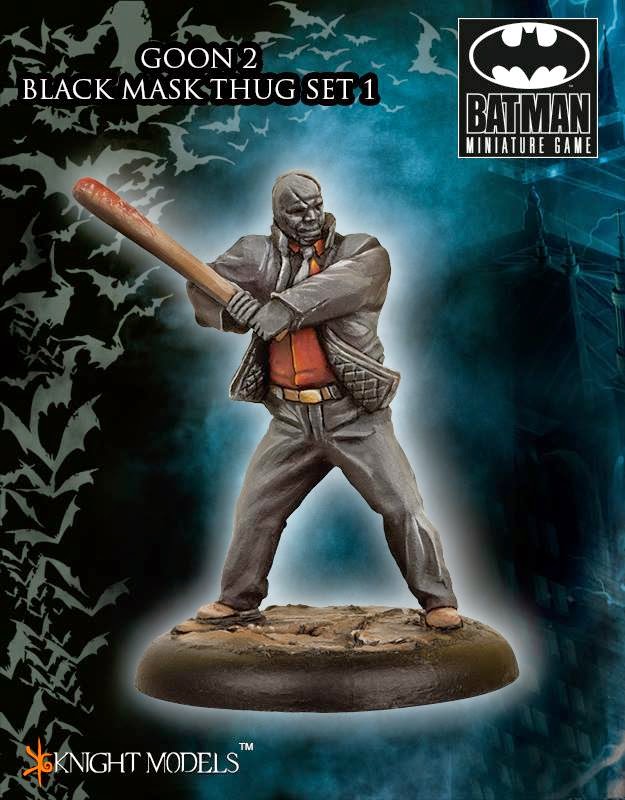 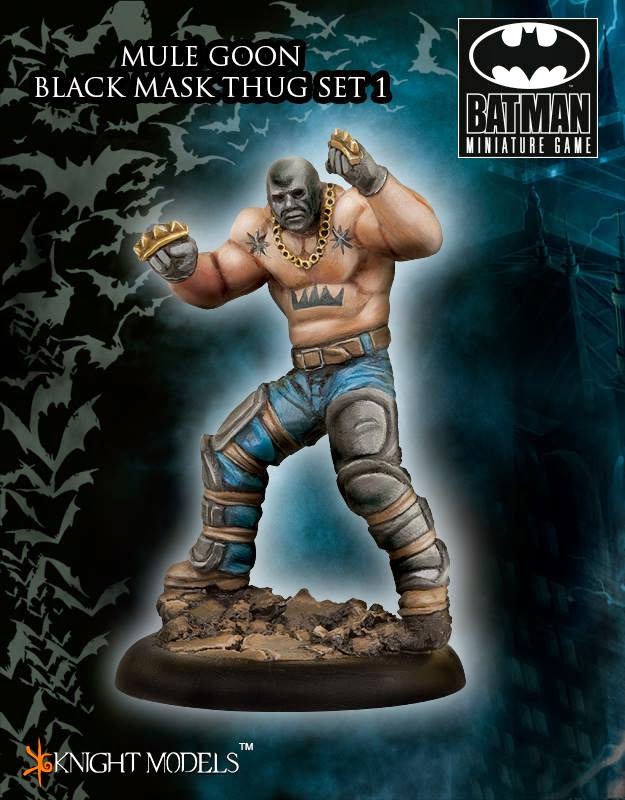