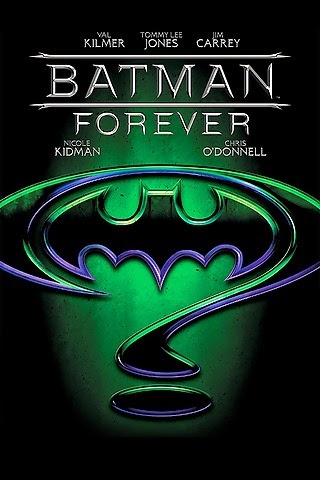 You 'may' have noticed that ToaTS has been mainly about the Batman Minis Game by Knight Models since it's return.
That's because I am completely hooked on it! Love it!
With that in mind, I thought I would take a little time to explain why.

To start with, we need to back a few years. About 20 or so.
When I was a kid, I had a ton of Batman toys. Loads of the Legends range and even a (wired) RC Batmobile from Batman Forever. No comics thought as the closest store was over an hour away.

At about 12 I found wargaming. 40K, Necromunda, Man 'o' War and such. I even took a badly painted Undead army to Warhammer World for a tournament. Came near the bottom but it was fun.
Then the teenage years happened and I found the wonders of girls and beer like we all do and that replaced wargaming. I still liked my Super Heroes though. The 90's Batman movies, Spiderman, X-Men, Hulk etc.

Jump forward to about 9 years ago.
My girlfriend (now wife) took me into a model store where I spotted some 40K models and told her about the fact I used to play. She talked me into getting some to see if I still liked it. You can see where that led!

After a few years of gaming through several systems, a friend introduced me to Pulp City. A SuperHero skirmish game. Ideal! My two interests in one.
If you look back on the blog you can see my projects with Pulp as well as my PC / Avengers painting.
At around the same time, smart phones became popular and I discovered the Marvel digital comic app and the world of comics opened up to me!!!!

I then started to look around for other Super minis.
I found the 75mm Marvel range from Knight Models and decided to email them asking if the Marvel minis would ever be made in 30mm. They would have been perfect stand ins for Pulp.
The reply came back as "Wait until you see what we have planned for next year"

A year later, the first Batman mini appeared. I liked it, but at the time I was much more of a Marvel fan so it wasn't exactly what I was hoping for. I kept an eye on the releases and was continuously impressed by what was coming out but I didn't get around to picking any up and starting the game.
The constant new characters did get me looking into the DC universe a bit more though. Comics, movies, series, animation and more.
WOW! The more I read / watched the more I wondered why it took me so long to enter the world of DC.
I was impressed. Hush, Arrow, Suicide Squad, Red Hood, the XBox games, all of it was great and I had fallen in love with another Supers setting.

On to the start of 2014. The Marvel range appeared and I was instantly hooked. These were the minis I had wanted for YEARS!
As I began to pick up every Marvel release, I started to look further into Batman and the game. With a better knowledge of DC at this point, the whole thing became a LOT more appealing.

The models are stunning. The detail is beyond fantastic and the representations of the different characters is spot on.
The rules are easy to learn but hard to master. Just the sort of game that gets you hooked. Scenario based play makes for more interesting games than your usual 'kill everything' and the characters have some very thematic rules. The ones that stick out for me are Penguins Lord of Business where he has more $$$ to hire thugs and Two Face needing an actual coin flip to make in game decisions.

But, the thing that appeals to me the most is the background.
In other games I love to soak in as much info as possible. Games like 40K and Warmachine have a lot of background and story, the smaller and lesser known games don't usually have much more than what is in the rulebook and on the website.
Batman has more than all of those others put together!
75 years of comics, series, cartoons, films, games and much much more.
Want an idea for building a team? Grab one of the movies.
How about your own scenario? You could follow a game storyline.
Want to know more about the new model that's just been released? There are probably 100+ comics with them in.
More info than you could ever take in. I'm like a kid in a candy store!

My loves - Miniatures, skirmish games, Super Heroes. The Batman Miniature Game pulls that all together in one place!

Well, that's enough of my babble for a while. Catch you all again soon.