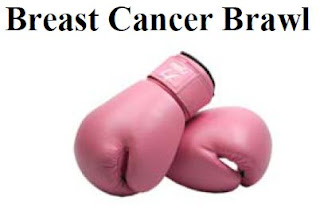 Contacts: For more info on the event, how to take part, to make a donation or enter a 'Painted Pink' mini please contact NCBB gaming club on Facebook (Link to the right>>>) or by email at ncbb@hotmail.co.uk or myself (Ian) on hendybadger@aol.com or 07890980870
Or you could visit the club at the Poldark Inn, Delabole, North Cornwall on Thursday nights 6.30 - 10.30pm


Details:               The event has an entry fee of £10. This is to be submitted with your army
list at North Cornwall Beasts and Bioncs or by paypal and email to ncbb@hotmail.co.uk by October 8th.
Please remember to bring all dice, measures, token, templates and rules you will need with you.
10am start time. Plan to end at 5pm

ALL the proceeds of this event including the entry fees, cheat tokens and auctioned minis will be going to the Mermaind Centre at Royal Cornwall Hospital. The counties biggest cancer unit.

'Painting Pink': There will also be a painting pink contest and auction. You can donate any minis
painted in a pink scheme to the contest for the chance to win one of our amazing prizes. ALL
entries will then be auctioned off at the end of the event to help raise even more money. Any not
sold will be put on an ebay charity auction

Prizes:      Our prizes contain everything from the Grind boxed game, to Warmachine
Faction coins and even a £100 voucher for and from Wayland Games. For full prize details and catagories see updates on this blog.

Game Size:  All games will be 25pt using either a legal Warmachine or Hordes Faction army or
Minion/Merc contract.
Theme forces are also allowed. You will need only 1 list

Game Length: Game length is going to be 1 hour per game. At “dice down” any games still in progress
stop immediately and the outcome of each is determined.

Scenarios + Scoring:    All games are decided by warcaster/warlock kill. When your opponent has no
warcasters or warlocks left alive in his army the game ends immediately and you win. If the game
ends on time with no victory by warcaster/warlock kill, the result be be decided by victoy points.
Each Warjack, Warbeast , Unit or Solo completely killed is worth the points on their card.
Any Units under half their starting size or Warjack / Warbeast with over half of their damage lost
counts as 50% of thier points rounding up.

Re-Rolls or Paying to Cheat Fate: This is a core rule that can be used in all games. Players may
buy re-roll tokens at the start of the event and any time between games. Each token costs 50p and
you can buy as many as you like.

Here’s how the re-rolls work. Each table will have a box where players can deposit tokens. At any
time during
a game round (a round consists of each player taking one turn) either player may spend tokens by
dropping them into the box to buy a re-roll of all the dice in any roll – either his own or forcing
his opponent to do so. The
costs in tokens are as follows for each player:
First reroll – 1
Second - 2
Third – 3
Forth – 4
And Fith – 5
Each player may only buy 5 re- rolls of the dice per game round. The count (and the cost of the
re-roll) resets to the beginning at the beginning of the next round of the game.

Optional Rules
The following are additional optional rules. These give players even more ways to mess with the
game and donate to a good cause at the same time. Any of these rules can be used in any of your
games.


Pink Ribbon Special 3 tokens A player using this special rule must do so at any time during his turn. Player selects one non-warlock/warcaster model to gain +3 DEF and ARM for one round. The model also
cannot be targeted by ranged or magic attacks for that round. May not be used in
conjunction with any other of these special rules on the same model and may not be used two consecutive turns in a row.
Early Detection Variable After regular deployment, each player (starting with the first player) may donate tokens to advance deploy one model/unit from his army. For every token donated, one model/unit
may be repositioned up to 1" beyond the standard 10" deployment zone – 3 tokens gets you
3 inches, 5 gets you 5 inches - to a maximum of 10” beyond the normal deployment zone.

The Self-Exam 4 tokens A player using this special rule must do so at any time during his turn. The player’s
warlock/warcaster may add +1 to his/her DEF for each point of fury or focus currently on
him/her. May not be used in conjunction with any other of these special rules on the same
model and may not be used on two consecutive turns.

Awareness is Variable Before the start of the game, players may spend tokens to gain a bonus to the roll to
Everything determine first player. Each token spent provides +1 to the roll and each player may spend
as many tokens as he or she wishes for this roll.

See your doctor 8 tokens Once per game, you may spend 8 tokens at the end of your turn to send an opponent’s nonwarlock/ warcaster model/unit to the doctor for a checkup. The affected unit does not
activate during your opponent’s next turn. However, all continuous effects and enemy
upkeep spells on the affected model/unit are removed.

Women are tough 8 tokens At the beginning of the game, you may spend 8 tokens to make all female models (they must be visibly and recognizably sculpted female or named as such in the background fluff) in
your army tough. When a tough model takes sufficient damage to be destroyed, roll a d6.
On a result of 5 or 6, the model is not destroyed, but retains one wound and is knocked
down. In the case of models that are already tough (trollbloods, etc.) this ability increases
their tough roll to 4, 5, or 6. This ability lasts the entire game.

Race for the Cure 8 Tokens All models/units in the warcaster/lock’s control area can charge at SDP +5 inches without having to spend focus, be forced or given orders. All charging models can charge through
rough terrain. May only be used once per game.

United We Stand 6 Tokens All models/units in a warcaster/lock’s control area gain +2 to ARM and DEF, they also gain Fearless and cannot be knocked down or made stationary for one round. This may only be
used once per game.

Targeted treatment 5 tokens May only be used once per game. Select a friendly model/unit in your army. This unit may select a target model/unit. When declaring ranged/magic attacks or charges the affected
model/unit ignores all models and terrain between it and the target for purposes of
movement and line of sight except impassible objects. On the charge, the affected models
must still end their movement without overlapping the base of any other model, though they
may pass through them freely. Models affected by this rule may damage an incorporeal
target even if they are not normally able to do so.

Awareness and Variable At any time that your opponent attempts to use any of the above listed abilities, you may Prevention immediately spend the same number of tokens to negate that ability. For abilities that are
usable a limited number of times per game, they are not counted as used if countered with
this ability. Your opponent is free to immediately spend more to try to use the ability again.

Hope to see many there.
Hendybadger out