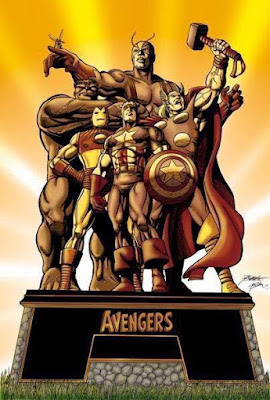 Hey there,
Now Knight Models are re-releasing the older Marvel figures with rules for the new game, I am left with a few doubles including the 4 core members of the Avengers.

While I considered some alt colour schemes, I placed the models on the side and came up with a nw idea.
Avengers Mansion in the comics is often shown with statues of the most popular (and dead) team members. 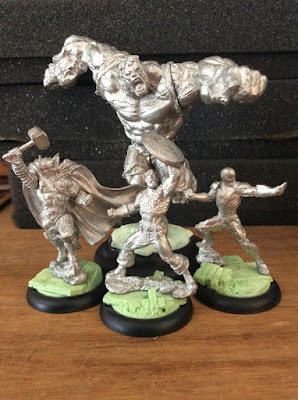 After a few different lay outs, I have settled on the group above.
These will all bronzed and be rebased on some sort of large plinth but with pins instead of being glued.
This means they can be taken off one statue at a time and used to throw at enemies in game.

More on this when I find a decent stand for them. Any ideas?

What do you do with older versions of model that get released again?