As some of you may know, almost two years ago our son Nathan was born with Downs Syndrome. He also had several linked medical conditions. This made the first year, to put it bluntly, hard and terrifying! Not knowing what the doctors were going to say next.

But, we have had an AMAZING support network around us for Nathan. Doctors, nurses, therapists, Portage workers and more. They have supported our family through everything that has happened over the last couple of years and helped understand Nathan's needs.
Because of this we wanted to do something in return. Little Heroes was then born!

So, What is Little Heroes?
For this fundraiser we are asking for people to paint up some Hero or Villain miniatures and donate them. These will then be gathered up and auctioned off here on ToaTS with ALL proceeds going to the Downs Syndrome Association.

These won't be for the usual 1st, 2nd etc though. They will go for things like most models donated, most fitting model, most raised at auction, most spent at auction and so on.

If you want to take part by painting a Hero, the deadline to get them in is November 27th and they need to be sent to-
Hendybadger
Tales of a Tabletop Skirmisher
Grain Cottage
Pengelly
Delabole
Cornwall
PL33 9AN

If you would like to get in touch or maybe you run a company that would like to take part, you can contact via email at hendybadger@btinternet.com or via the Facebook page in the box on the top right.

Once the models are in, the auctions will go live on November 28th for a week. More info on that closer to the time.

The original deadline before the extension did have meaning. October is international Downs Syndrome Awareness Month and the 21st is because of chromosome 21, the cause of Downs Syndrome.
But letting more people get involved is much more important than having it on the right day.

To get everyone started, we already have our first donations. Arkham Origins Deathstroke from Luke Tickle. 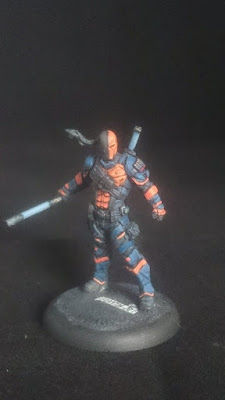 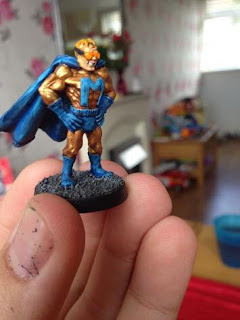 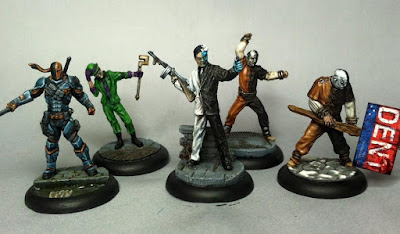 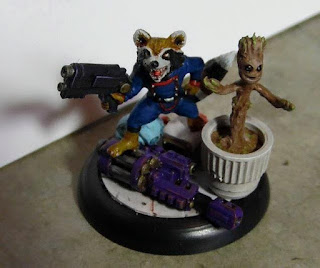 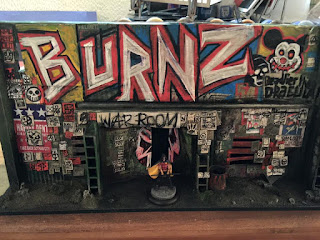 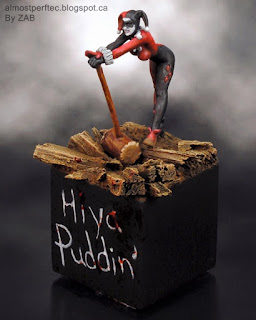 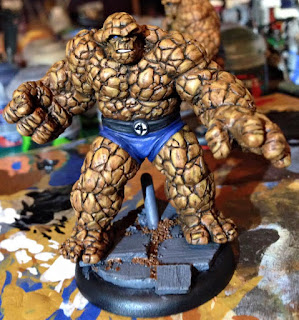 I really hope this goes well and PLEASE spread this around as much as possible.

Back with more on this soon. I need to decide what to paint!
- Hendybadger
Posted by Unknown at 10:00 am