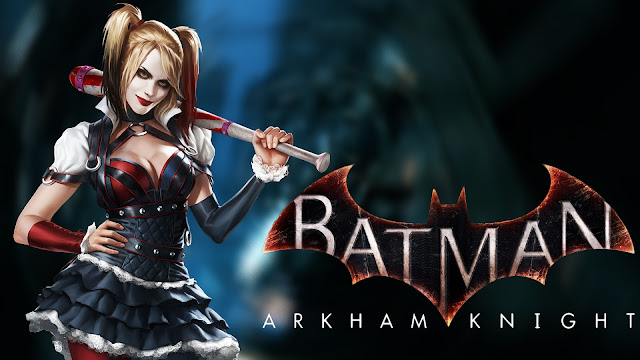 Knight Models have just sent over an awesome preview. The first of their Arkham Knight releases.
A Harley Quinn Crew box!

After the events of Arkham City and the loss of her Puddin', Harley has lost it even more.
She has gathered together a selection of thugs and wants to take down B-Man once and for all.

The model is a great representation of Harley from the game. Darker and nastier than before. Her 'boys' bring along some new weapons as well. A sawn-off shotgun, jackhammer and chainsaw!!!! 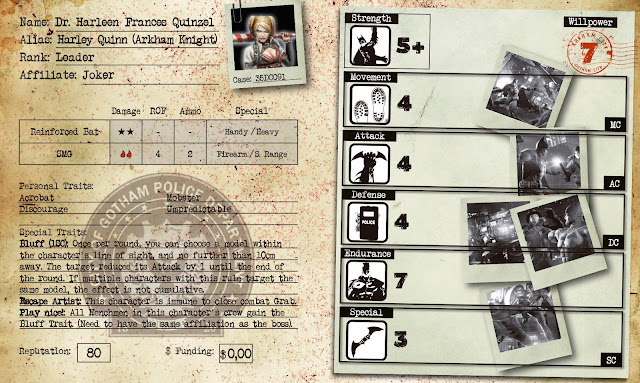 Harley works as a new Leader model for the Joker crew. At 80 Rep and packing an SMG, she can cause a lot of problems on here own.
Harley's Special Traits of Bluff, Escape Artist and Play Nice show she has her 'boys' under control and trained to fool their opponents just like she can and if Mr J can't lay his hands on her any more, nobody can!

Being Joker Affiliation also means that this new Crew box already has a TON of Joker thugs already out that can be added to Harley's forces and an equipment list in the rulebook ready to go.

What do you think of Arkham Knight Harley Quinn and her crew?

- Hendybadger
Posted by Unknown at 3:52 pm