A Boxing Glove Arrow? ...... To Punch People A Really Long Way Away!

WARNING! Mini Arrow Season 3 spoiler at the bottom of this post!!!!

After my last Knight Models review, I found myself with an extra Green Arrow model. As he has never really had many alternate costumes, I was wondering what to do with it.
Then it hit me! (sorry) 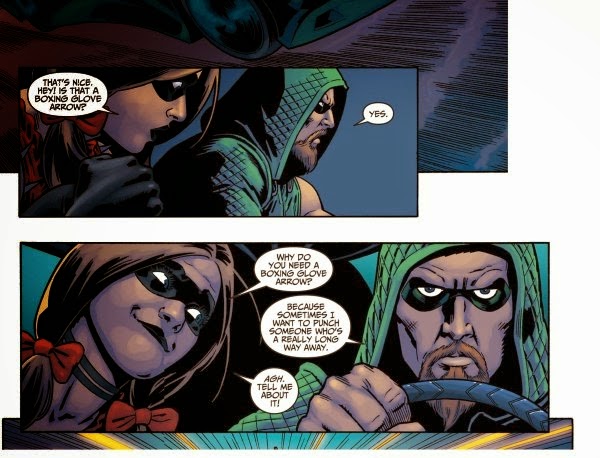 A little joke for Green Arrow readers / viewers over the years has been his Boxing Glove Arrow. I couldn't resist giving it a go.

With the help of the Tabletop Skirmishers Facebook group, I managed to get my hands on a Butch boxer model from Reaper Minis. His gloves looked to be the perfect size.

I cut the blades off of GAs arrow, cut the glove off of Butch, filed them both and drilled a small hole in the back of the glove. 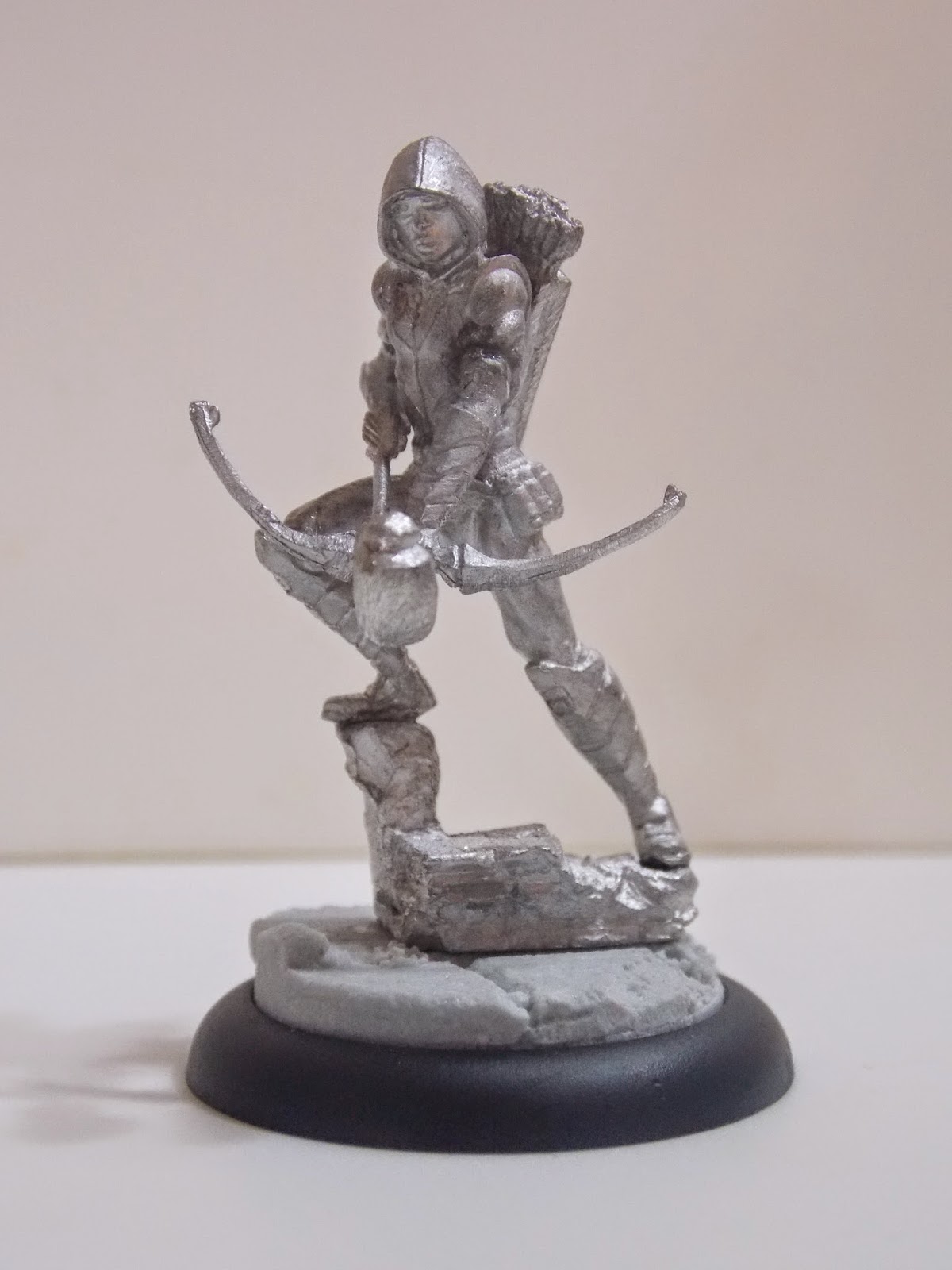 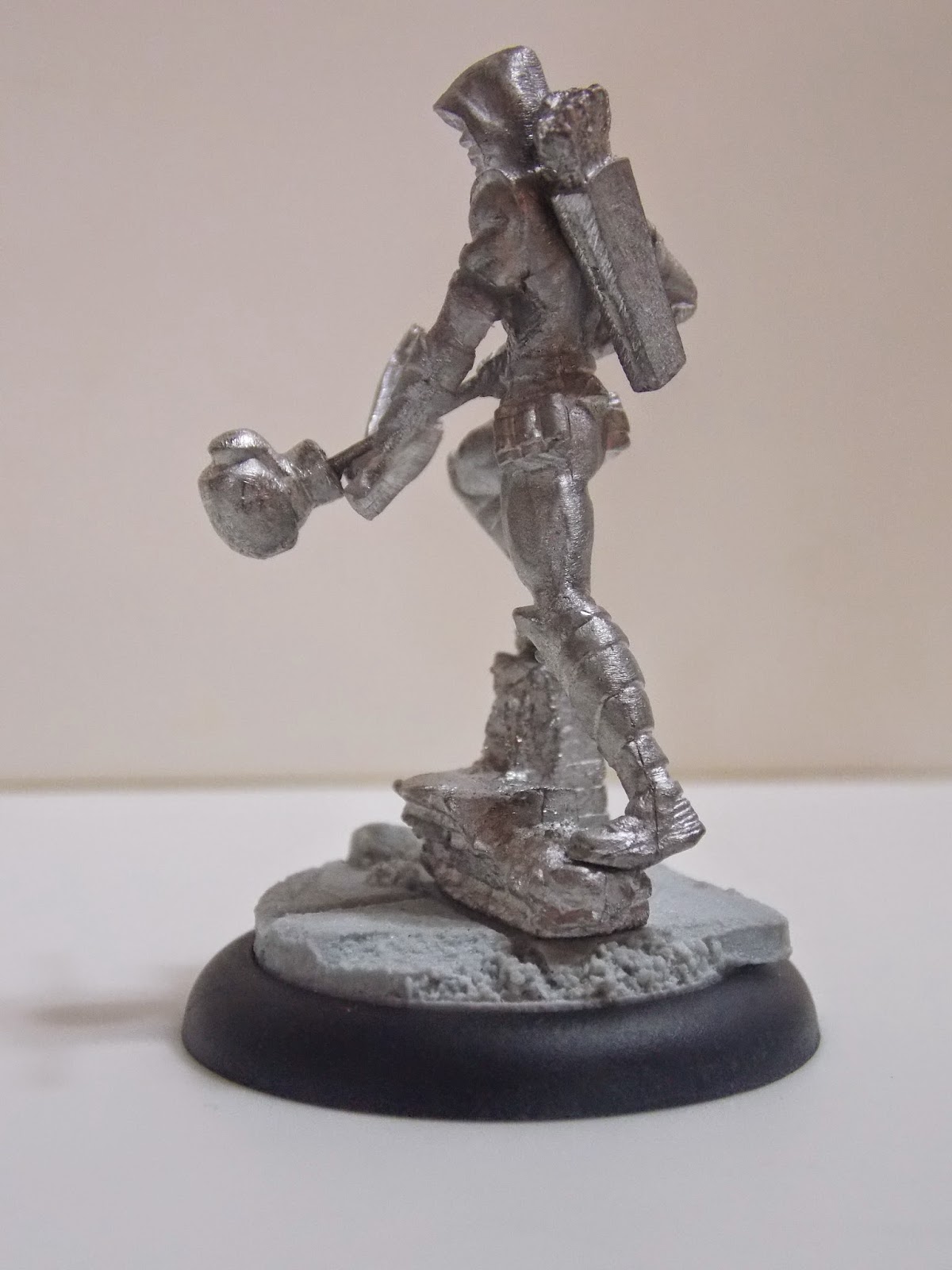 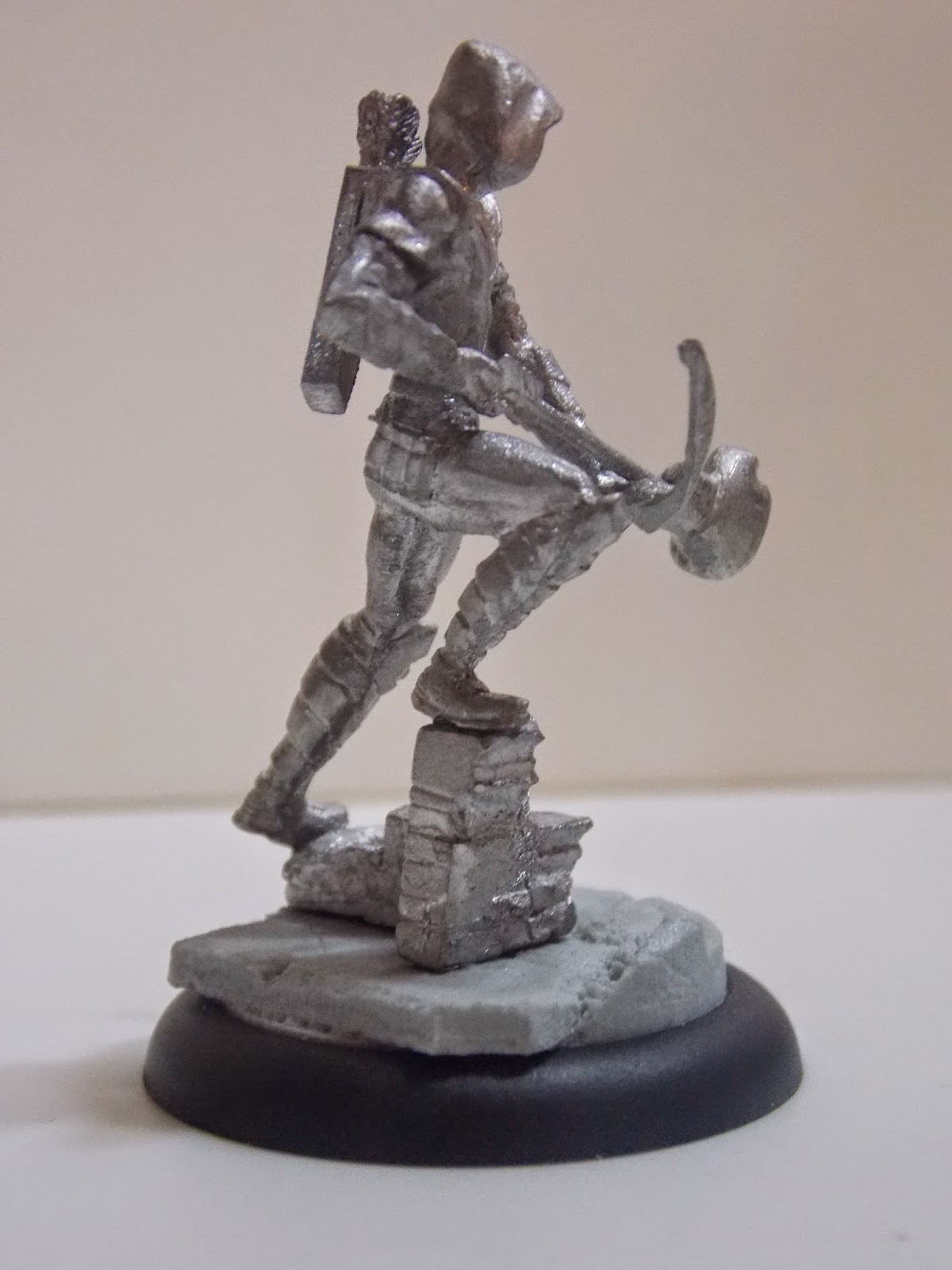 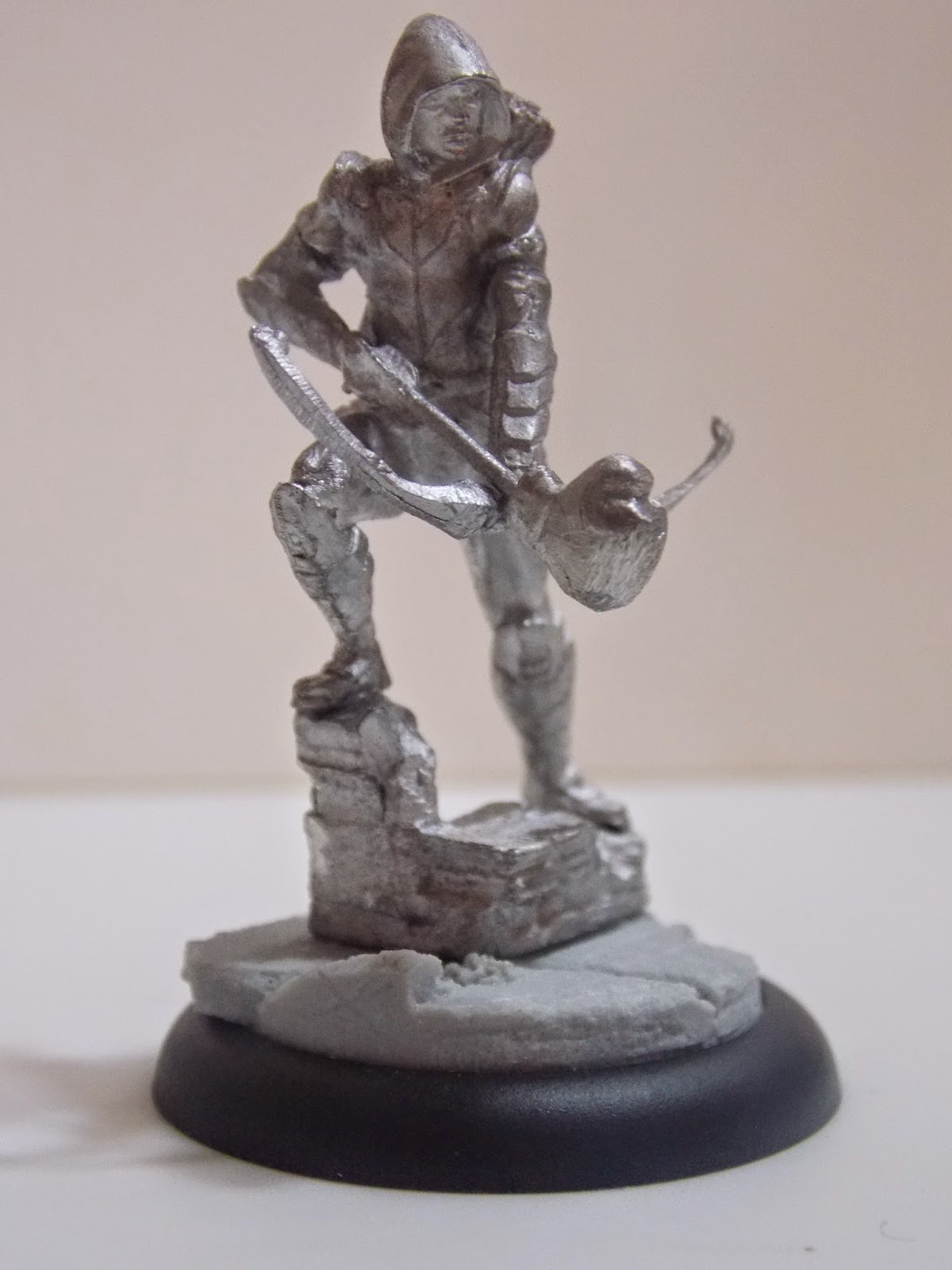 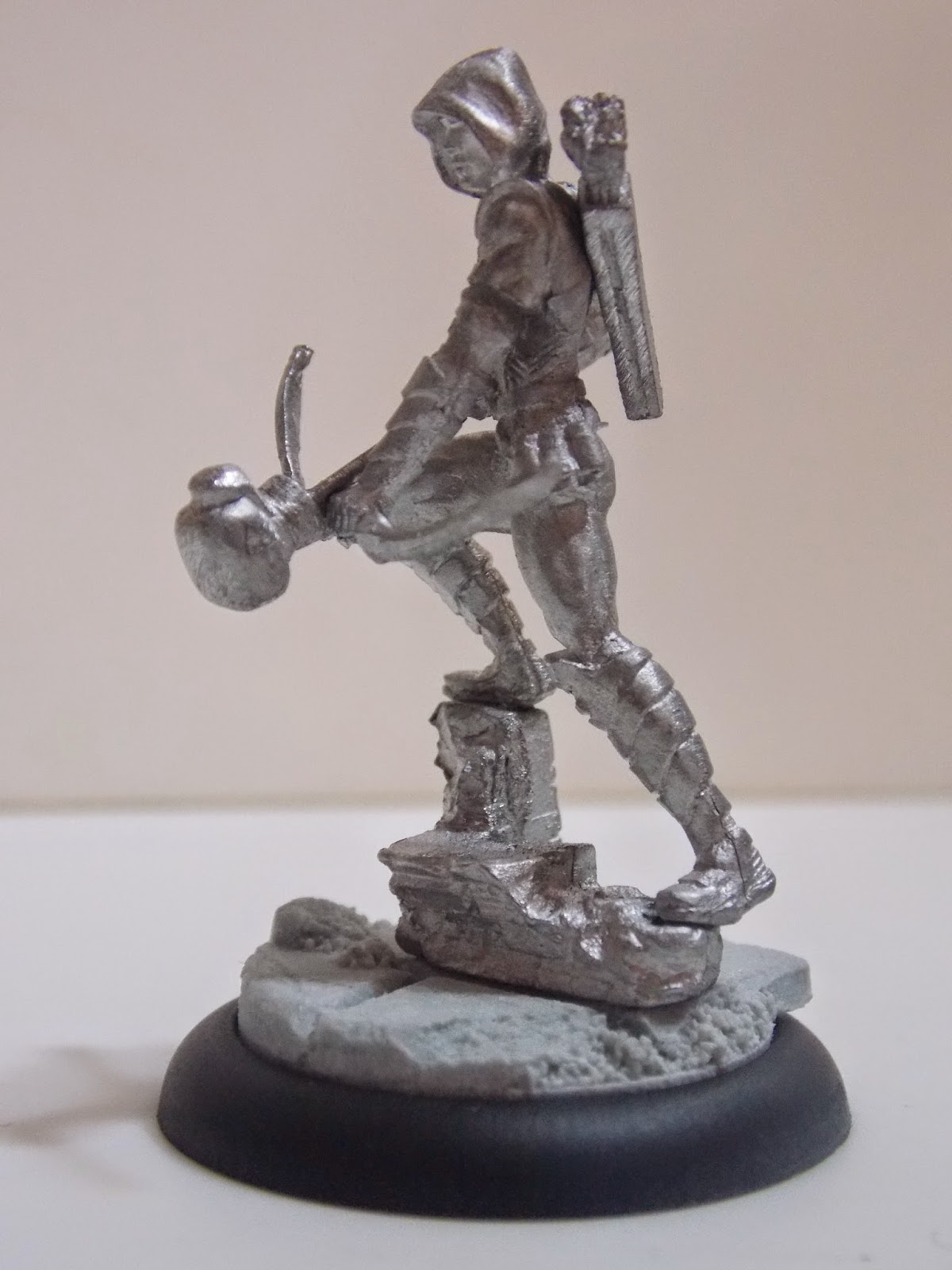 I think its a perfect fit. I know its the right glove an not the left he is usually seen with, but it's the best I could find.
I might even have to have a go at tweaking his rules. Add and extra type of ammo, or replace one of the existing ones to give 2 Stun Damage instead of current 2 Blood on his stat card.
His current stat are HERE and on the Batman Forum it has been mentioned he will also be getting Leader stats in the future.

All I need to do then is get him painted up and start punching people a really long way away!

For those not bothered by little spoilers, here's the image that made me want to do this. 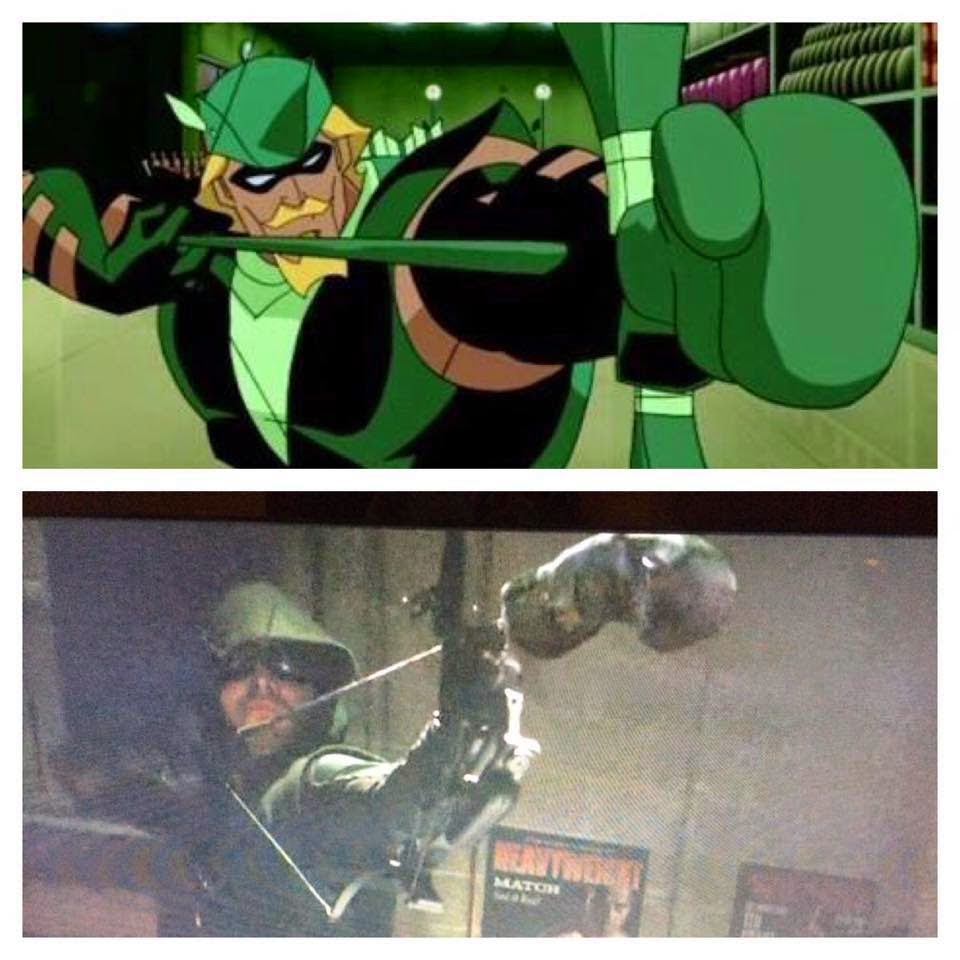